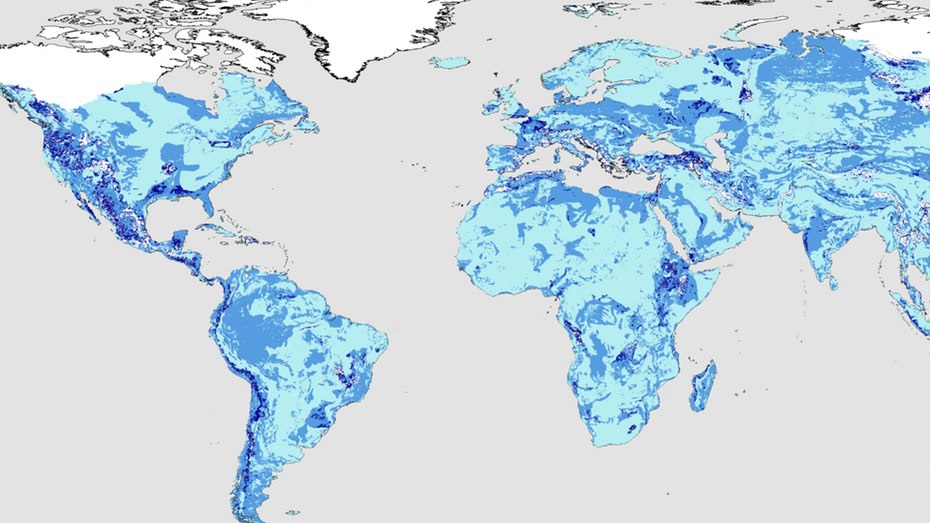 A new study has, for the first time, estimated the total volume of groundwater present on the Earth. The results show that we’re using up the water supply quicker than it can be naturally replaced, while future research will seek to determine exactly how long it will be until modern groundwater runs dry.
Groundwater is an extremely precious resource, being a key source of sustenance for humanity and the ecosystems we inhabit. It resides beneath the Earth’s surface, ranges from millions of years to just months old, and exists in huge quantities – quite literally millions of cubic kilometers. While calculations back in the 1970s roughly estimated the global volume of groundwater, this new study represents the first detailed calculation of the exact quantity, and it could have big implications.
Researchers from the University of Victoria, the University of Texas at Austin, the University of Calgary and the University of Göttingen created a map of groundwater distribution by carefully analyzing numerous datasets, and making use of more than 40,000 scientific models. In all, the study estimates a total volume of almost 23 million cubic kilometers (5.5 million cubic miles) of groundwater.
Two kinds of groundwater were detailed – old and modern. Old groundwater is located deep in the Earth, is salty and often contains uranium or arsenic. In contrast, modern groundwater is closer to the surface, and moves more quickly. Unfortunately, it’s also far more susceptible to climate change than the deeper, ancient water… Read more from Gizmag.com