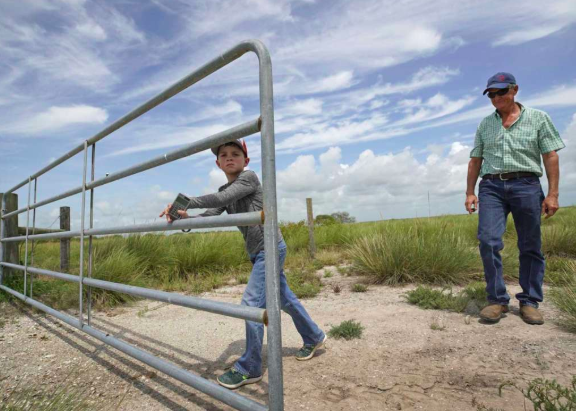 Herff Cornelius and his family have ranched in the Texas Gulf Coast for five generations, four in Matagorda County, but he is struggling to keep the tradition going.

Growing up, he was one of nine siblings. Even though he was the only boy, his sisters did as much on the ranch as he did in the kitchen. He and his wife Nancy had two children, but both went off to college and can’t be as involved.

Now Cornelius has a chance to get a helping hand in maintaining his ranch from an unlikely source: A new initiative aimed at protecting coastal lands and combating global warming.

Scientists stress the urgency of keeping the planet from getting warmer, citing the need to cut greenhouse-gas emissions, and land can play an important role in doing just that. Natural ecosystems such as Texas coastal marshes, prairies and bottomland hardwood forests absorb carbon dioxide from the atmosphere and incorporate it into their roots. That carbon then becomes part of the soil and can remain there for a long time.

Read more from Perla Trevizo with the Houston Chronicle here.