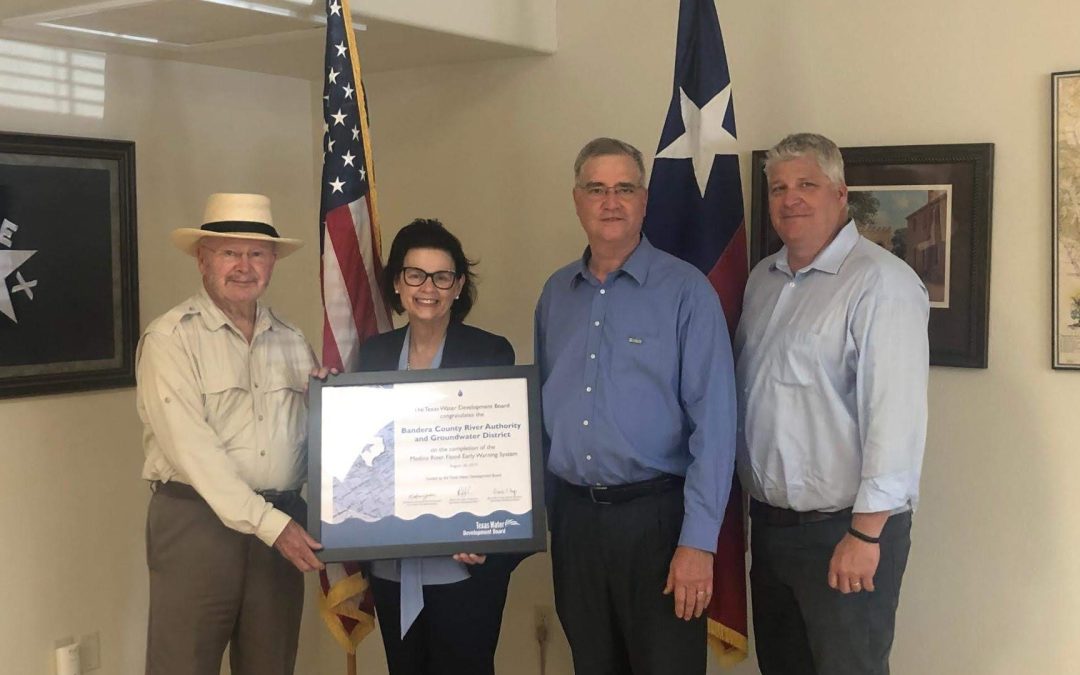 New tools for flood preparedness are now available for the Medina River near Bandera, Texas, from the U.S. Geological Survey, the Bandera County River Authority and Groundwater District, and the Texas Water Development Board.
Resources include two new USGS real-time streamflow gaging stations upstream from Bandera, a series of flood-inundation maps for a 23-mile stretch along the Medina River and online communication tools.

Bandera County has experienced several severe floods, including devasting floods in 1978, 2002 and 2015. A need for more flood information was identified for residents upstream and downstream of the USGS Bandera streamgage.
“These new flood-preparedness tools will give emergency managers the ability to coordinate a precise response during flood events to help protect lives and property,” said David Mauk, General Manager of the Bandera County River Authority and Groundwater District.
Each of the 29 flood-inundation maps illustrates the areal extent of flooding for a particular water depth as measured by the Bandera streamgage station. By referring to the appropriate map, emergency responders can determine the severity of flooding, identify roads and properties that may be underwater and make plans for notification or evacuation of residents. A related report and fact sheet are also now available.
Read more from the US Geological Survey here.