Paradise Lost: What the Texas Floods Swept Away 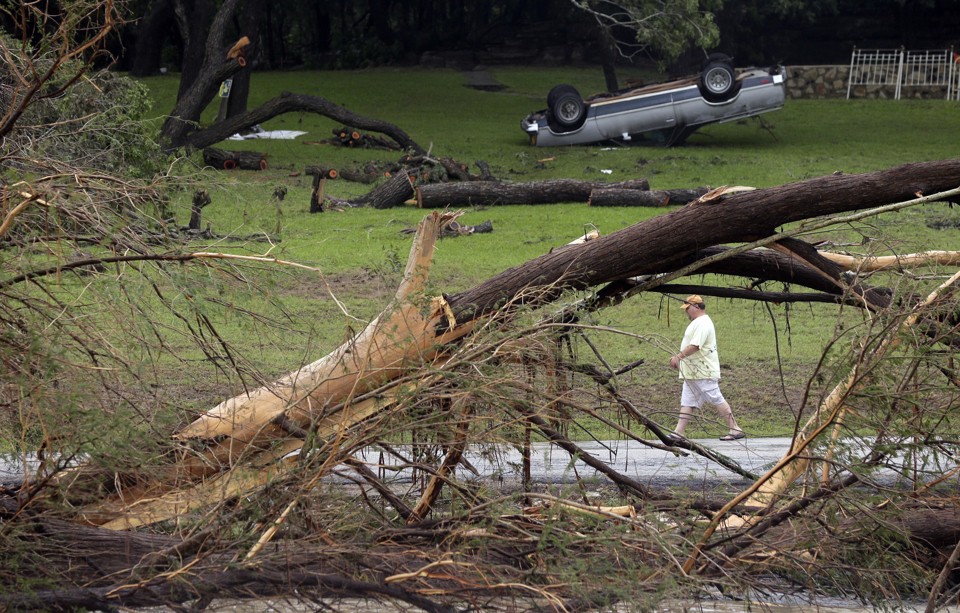 The flash flood warnings kept coming in over television. That is, until the power went out. The entire valley, I could see from my home on the hill, was plunged into pitch-blackness made all the worse by the sheets of rain.
After a sheriff’s deputy came to the house and told me it was finally safe to leave, I could see the damage that was done to my beloved little Texas town. Bridges were smashed. Uncounted homes—perhaps over 1,000 up and down the river—were swept away or flooded with mud and dead fish. By daybreak, the dead began to turn up amidst the debris.
The Blanco River is normally so placid and shallow that small children, toddlers even, are perfectly safe in its confines. The community along its banks has lived by those cool, clear waters—attracting first Indians, then industry, and then campers. Today it is home to hermits like me and full of getaways for city dwellers in Houston, Austin and Dallas. But over the weekend, those waters turned deadly. By 9:00 p.m. on Saturday, the television flashed storm and flood warnings. At 11:30 p.m., the power was out and there was no way to broadcast a warning. Around 1:00 a.m. a 44-foot tall wave destroyed one bridge and angrily tore the railings off another. At 2:00 a.m. I could see search lights and strobe flashes in the distance… Read full article from the Atlantic