Prop. 5 aims to give parks all across the state a boost 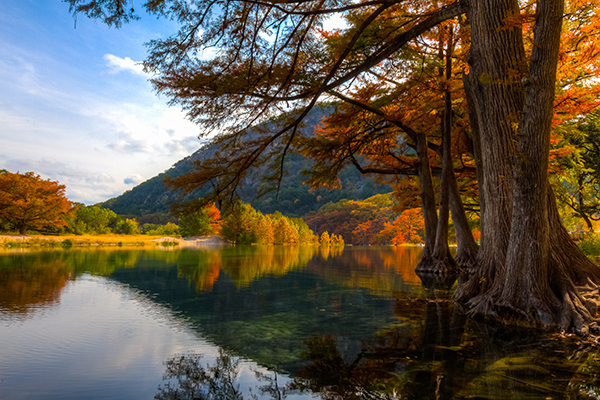 State parks and historic sites that are suffering from neglect, deferred maintenance and overuse — including a natural area near San Antonio that regularly draws a long line of cars — would benefit if Proposition 5 on the Nov. 5 ballot wins voter approval.

Yeates and other parks advocates ended a seven-city, 13-stop tour Wednesday at Mission Concepción with a news conference to discuss the need for a dedicated stream of funding for state, county and city parks.

State parks are hurting from more than $750 million in deferred maintenance and needed improvements.

Early voting begins Monday and continues through Nov. 1 at more than 30 locations around the city and county.

Proposition 5 would amend the Texas Constitution to ensure all sales taxes on sporting goods would go to fund parks and historic sites.

The Legislature voted to do that in 1993 but since then, only about 40 percent of those revenues have been appropriated to those areas. The rest — several billion dollars — has gone into the state’s general fund to meet other needs.

“Having a dedicated, reliable predictable stream of revenue is a difference maker,” Yeates said. “Our state parks system represents the best point of entry for Texans to have safe, easy, convenient, low-cost access to the great outdoors.”

The Texas Conservation Alliance estimates the proposition would generate $183 million in 2021, the first year it would take effect.

Yeates said 94 percent of that money would benefit state parks or municipal or county parks awarded grants by the Texas Parks & Wildlife Department. The other 6 percent would support state historic sites run by the Texas Historical Commission.

One park near San Antonio that has not kept up with the state’s rapid growth and urbanization is Enchanted Rock State Natural Area, which doesn’t have adequate access and parking for the large crowds wanting to go rockclimbing or hike the massive granite dome near Fredericksburg, Yeates said.

“Virtually every weekend, they have to close, at a point where it’s one (car) in, one out,” he added. “That’s a public safety issue. That’s an infrastructure capacity issue.”

Monahans Sandhills State Park near Odessa has beautiful white sand dunes but is another example of a park that has declined from lack of allocated funds, said Anna Farrell-Sherman, clean water associate with Environment Texas.

“Their bathrooms are sliding down a sand hill and have been closed for the past two years because they don’t have the funds to repair those restrooms,” she said. “That’s not the sort of thing that we can have in a state park system that is vibrant and working for everybody.”