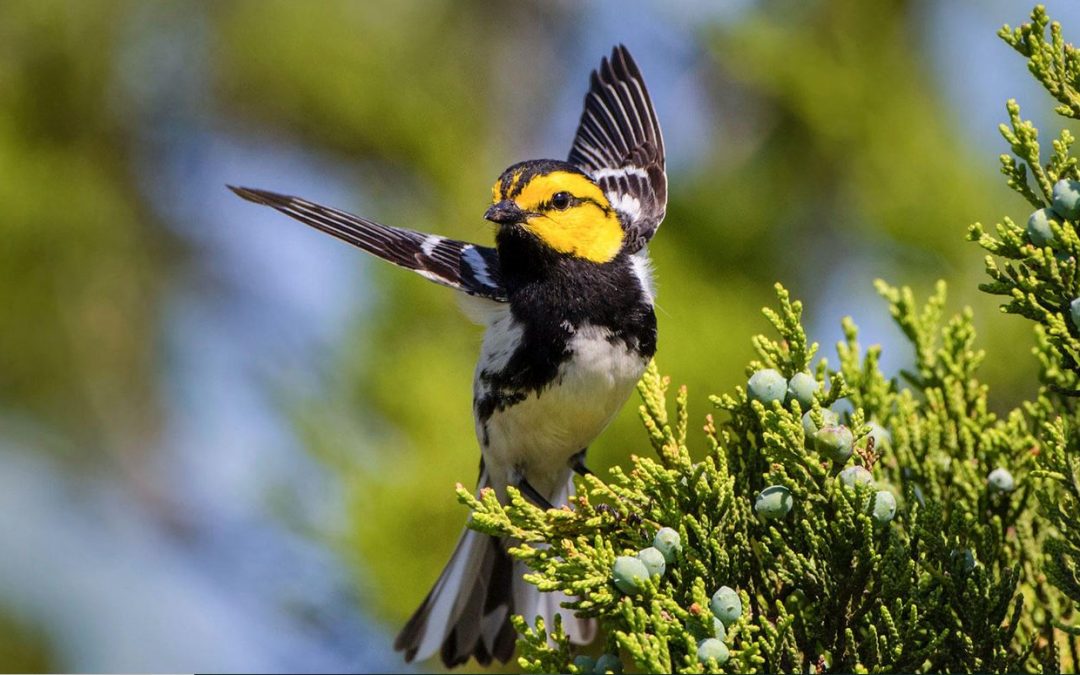 Every March, birders spill into the canyonlands outside of Austin, Texas, to search for Golden-cheeked Warblers. The tiny black-and-white songbird, with vibrant yellow splashed across its face, is the state’s sole endemic bird, and a federally protected species with an estimated population of 27,000. In early spring the birds migrate up from Central America to nest in the Hill Country, a region of limestone hills, caves, clear creeks, and swimming holes in Central Texas. There they construct deep cup nests, weaving strands of ash-juniper with spiderweb. By the end of summer, they and their fledglings are gone, departed back to the tropics.
The warblers depend on forests that have long been under threat from exploding municipal growth and rapid development along the booming I-35 corridor, which cuts north-south through the heart of the state. The newest threat to the region comes from outside: the multibillion-dollar energy company Kinder Morgan, which moves over one-third of the natural gas consumed in the United States through over 70,000 miles of pipeline.
Read more from Asher Elbein with Audubon here