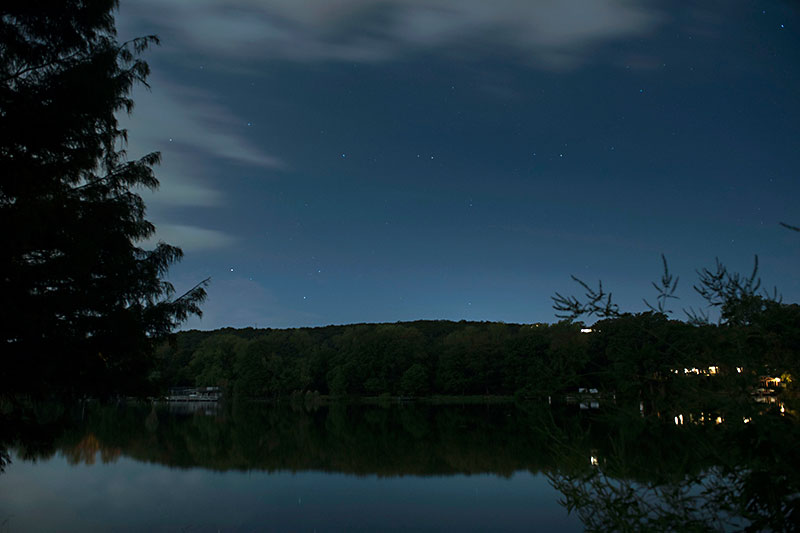 A westside sports park project seven years in the making is facing a new wave of resistance from a nearby neighborhood wishing to protect its low-light, star-filled sky. The 12 Fields Foundation, a partnership of West Lake youth sports leagues, has been working since 2010 to secure a site to build facilities for local games and tournaments. On June 2 through their agent, KBGE Engineering, the foundation submitted a site plan for four sports fields and a building at 1100 River Hills Road, which is awaiting further update, according to city records.
But the nearby River Hills Neighborhood Association has been busy trying to stop the complex, fearing that it would “undoubtedly bring unprecedented light trespass and light pollution” to the wealthy neighborhood, which hugs the south side of Lake Austin’s river bend opposite Emma Long Metropolitan Park and Shepherd Mountain. In August, the neighborhood was identified by the International Dark-Sky Association as a Dark Sky Friendly Development of Distinction, the result of a two-year community effort of outreach and advocacy on behalf of the undiluted clarity found in the area’s night skies. That pristine quality will be under threat by the bright lights of the planned sports fields, which RHNA secretary Suzy Silberman predicted would permeate over 20 square miles because of the development’s proposed position atop a hill (that’s to be flattened)… Read more from the Austin Chronicle