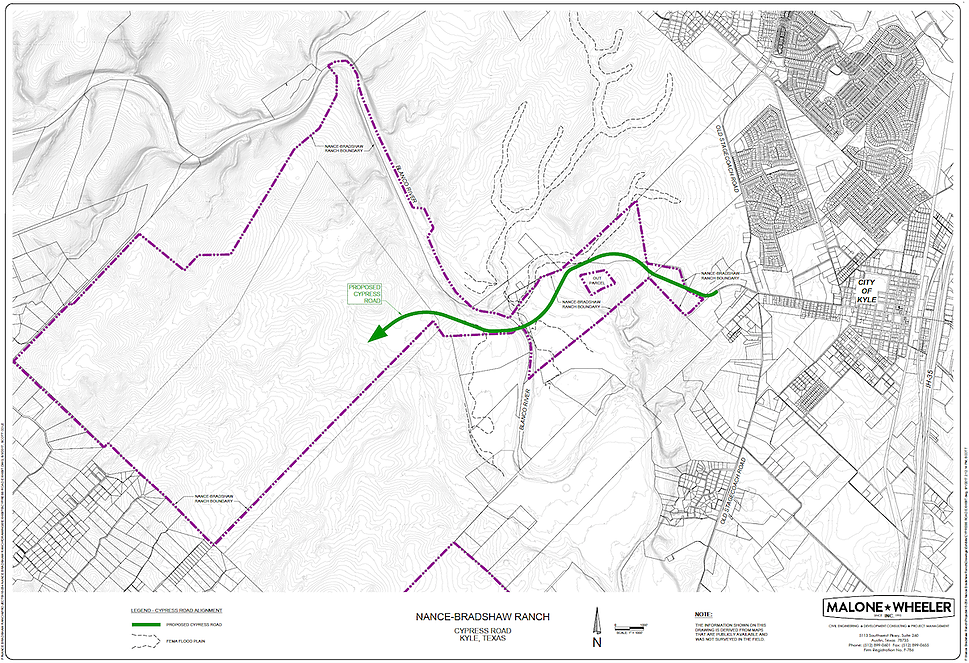 A lack of information on a proposed $30 million bridge that could span the Blanco River in Kyle led officials to question placing the project on the Capital Area Metropolitan Planning Organization’s (CAMPO) 2040 plan.

However, Kyle Mayor Todd Webster said the project, which he claimed was mistakenly placed on a list for CAMPO funding, is still at least a decade to 15 years from construction.

The project involves the proposed Blanco-Nance Bridge, which is a multi-lane bridge that would span the Blanco River on Hilliard Road in a recently annexed area of Kyle. The bridge, which is proposed to have a pedestrian and bike lane, was part of a development agreement between the city of Kyle and the Nance Family trust… Read more from Hays Free Press