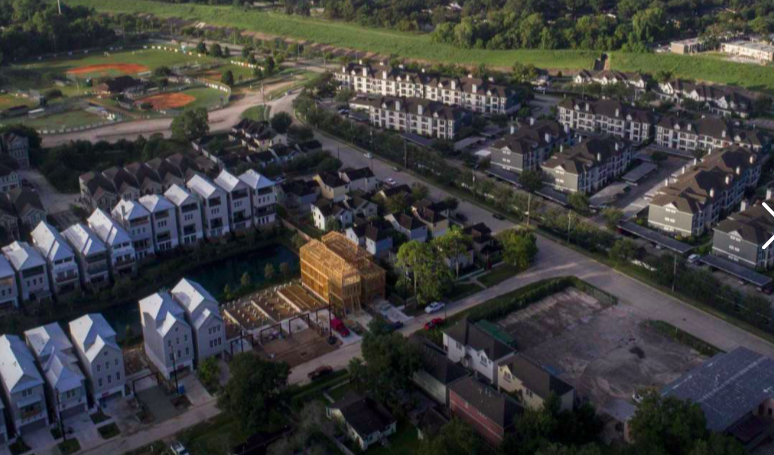 It would be less expensive for the government to buy and preserve undeveloped land that lies in Houston’s floodplains than it would be to let development occur and face a potentially devastating bill if those properties flood, according to a new study.

Allowing development on these sites could expose Harris County to as much as $3 billion in damages by 2050, according the report, published in the journal Nature Sustainability. The magnitude of potential damages far outstrips the $400 million researchers estimated it would take to acquire the land and prevent its development.

Kris A. Johnson, one of the paper’s authors, said that while the national analysis may not take into account regional regulations and other considerations, such as elevation requirements, he hoped that it would inspire local policymakers to consider measures to reduce future flood damages.

“Are there places where flood risk is high, but people are not yet there?” he asked. “But according to Census projections, those are the areas where people are likely to move because the population is growing? And what if we don’t develop there?”

Robert Lazaro, a communications officer at the Harris County Flood Control District, said the national study did not consider a number of local factors but agreed that buying land likely to flood plays an important role in minimizing future damages.

“We’ve found that an ounce of prevention is definitely worth a pound of cure down the road,” Lazaro said. The district buys homes in areas that are several feet deep in the floodplain, as well as undeveloped portions of the floodplain.

The analysis — carried out by members of the environmental organization Nature Conservancy, the University of Bristol in the United Kingdom, British hydrologic modeling company Fathom and the Federal Housing Finance Agency — suggested buying land may not make sense in places with low population growth. But near cities like Houston, where the demands of a growing population may encourage residents to take on the risks of living in a floodplain, it could save money in the long run.

A suit by owners of property inside the Addicks Dam reservoir highlights the gambles developers can take if not prevented from building in flood zones. A judge ruled Tuesday that the federal government is responsible for the flood damages incurred when Hurricane Harvey filled the reservoir.

Read more from R.A. Schuetz with The Houston Chronicle here.