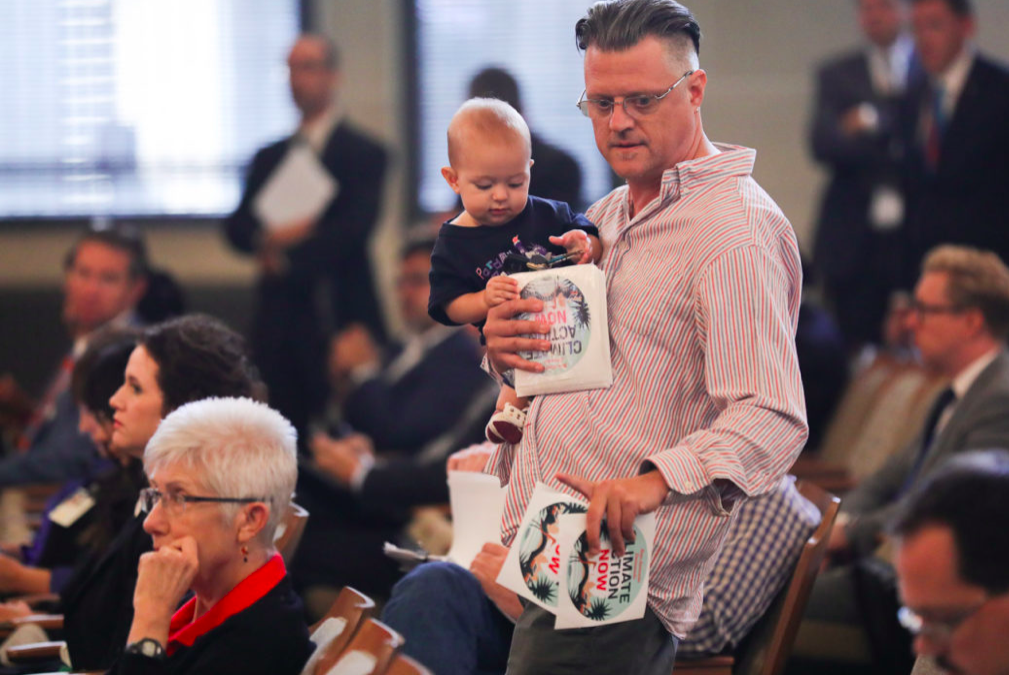 After more than two years of sometimes-heated debate about the future of San Antonio in a rapidly warming world, the City Council on Thursday passed a pledge for the city to do its part to stop the effects of global climate change.
City Council voted 10-1 to adopt the Climate Action and Adaptation Plan, which says the city will reduce its emissions of the greenhouse gases driving global warming to net zero by 2050.
“We declare that we will not be bystanders,” San Antonio Mayor Ron Nirenberg said. “In no simpler terms, here and around the world, we are in a climate emergency.”
Councilman Clayton Perry (D10) voted no. Perry has acknowledged the climate is changing, but he’s also questioned whether humans are currently driving that change.
“I haven’t changed my stripes one bit since day one,” said Perry, citing his continued concerns over the plan’s costs. Perry also voted no two years ago on a resolution that called for local climate action.
The plan states that the city as a whole must within three decades be taking in or offsetting more carbon dioxide and other greenhouse gases than it’s emitting. Such a feat would require shifting almost entirely away from fossil fuels in power supply and transportation or using currently expensive technologies to keep emissions out of the atmosphere.
Read more from Brendan Gibbons with the Rivard Report here.