San Antonio’s challenge: Protect the aquifer and get real with VIA Funding 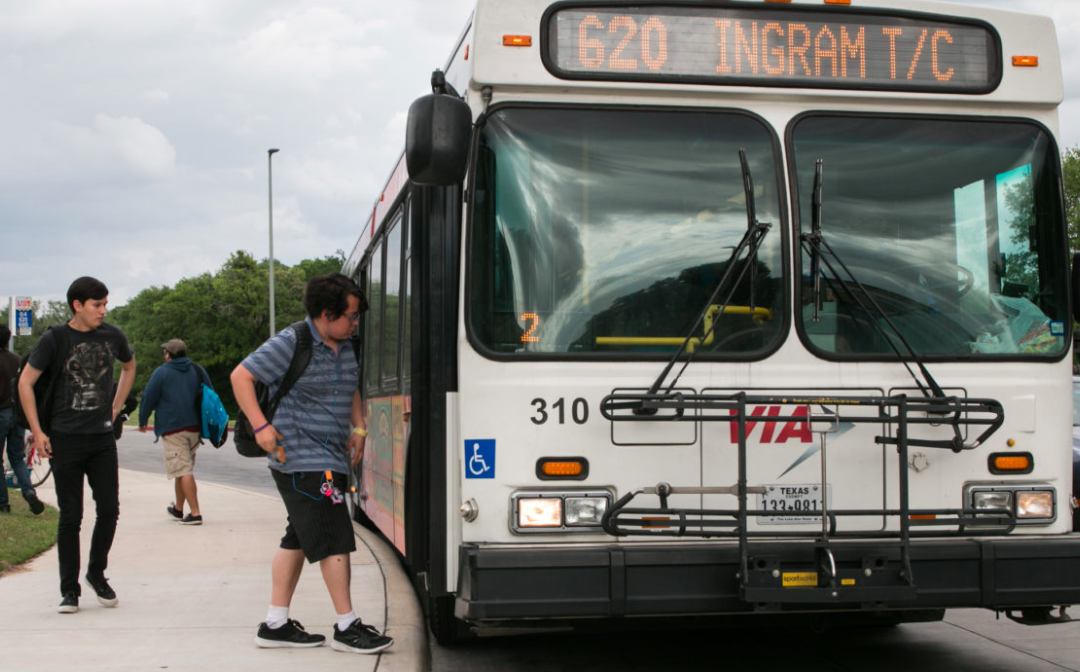 San Antonio’s efforts to increase funding for VIA Metropolitan Service to give citizens a better mass transit system suffered a significant setback last week and left mobility advocates uncertain of the road ahead.
The ConnectSA initiative right now is a plan without funding, and VIA’s historic underfunding compared to other Texas metro areas leaves it with ambitious plans that it cannot execute. At least $1.3 billion is needed to fund the 25 projects by 2025 recommended in the ConnectSA plan.
San Antonio’s needs are urgent. Unhealthy air quality and growing congestion can only be addressed by reducing vehicle volume on the highways. People who depend on public transportation deserve a more responsive system, and more of us should become regular users. The sprawling metro area needs bus rapid transit and high occupancy vehicle lanes to efficiently connect suburbs to the center city. No major Texas city spends less on mass transit than San Antonio.
Mayor Ron Nirenberg and Bexar County Judge Nelson Wolff have staked out politically risky positions by calling for reallocation to VIA the one-eighth-cent sales tax that currently funds the Edwards Aquifer Protection Program and construction of the Howard Peak Greenways Trail System.
In calling for the tax shift, Wolff and Nirenberg gambled that elected board members of the San Antonio River Authority would approve a tax increase that would have generated $45 million in annual funding to offset the City’s sales tax reallocation. SARA General Manager Suzanne Scott supported the tax increase, but a 7-5 board majority shot it down last week.
Since voters approved the program in 2000, $268 million has been spent for aquifer protection and $113 million for funding the linear creekway trail system. Nearly 160,000 acres of land has been protected and 69 miles of trails have been built, with another 50 miles of trails funded. Voters have overwhelmingly approved the tax four times.
Read more from Robert Rivard of the Rivard Report here.