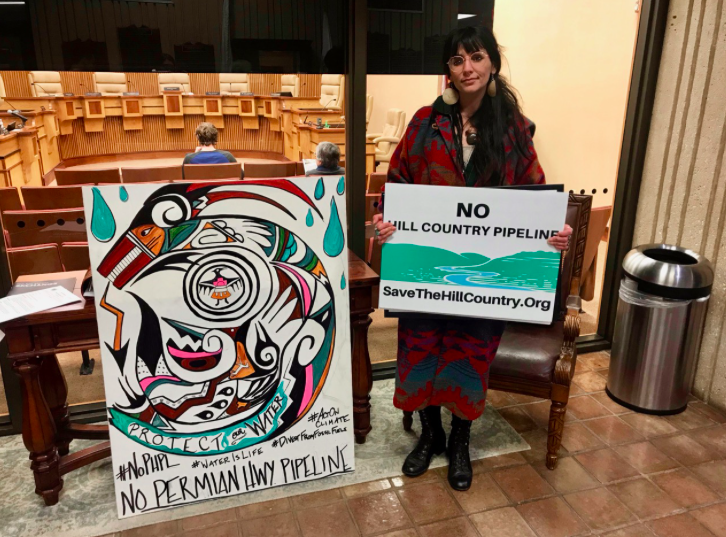 The list of local governmental bodies that have passed resolutions opposing Kinder Morgan’s Permian Highway Pipeline just got longer.
San Marcos City Council unanimously voted on March 5 to oppose the 430-mile, 42-inch natural gas pipeline set to be routed through the center of Hays County.
In addition to expressing the city’s opposition to the project, the resolution—almost exactly like the resolutions recently passed by the Hays County Commissioners Court and Kyle City Council—demands immediate state legislative action that would require additional oversight on the project and any future projects like it.
According to a preliminary map provided by Kinder Morgan, the pipeline is set to run just north of Wimberley before passing between Kyle and San Marcos.
The pipeline’s proposed route has been the center of local controversy as residents, officials and environmental protection groups fear the natural gas line will put the Hill Country’s environmentally sensitive features at risk—namely the Edwards Aquifer, which serves as the water supply for much of the region, and the habitat of the endangered golden-cheeked warbler.
Read more from Anna Herod with Community Impact Newspaper here.