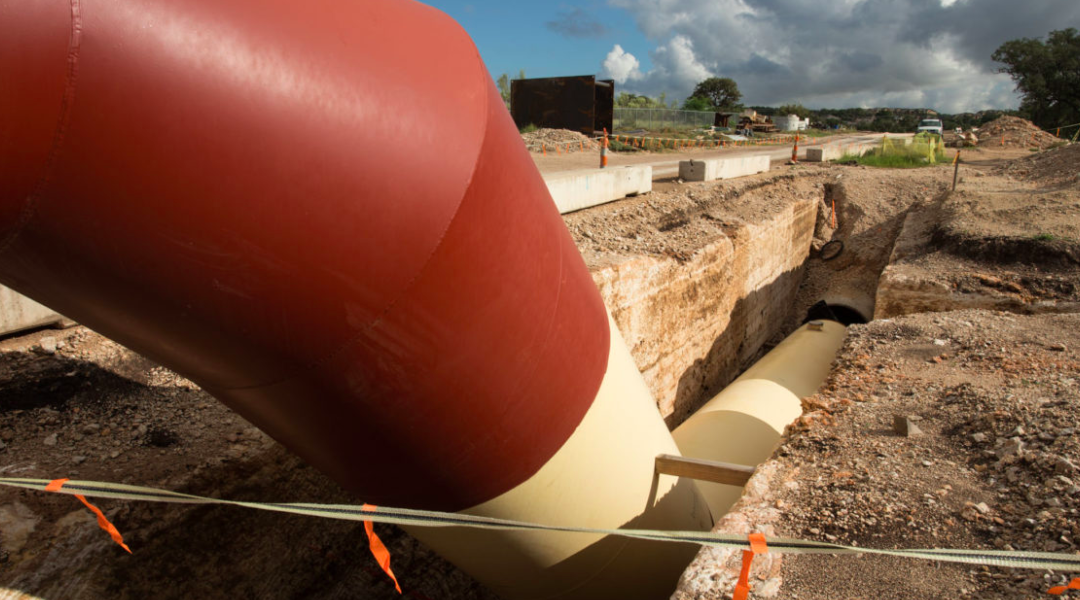 San Antonio Water System officials say they are planning on seeking a lower rate increase in 2020 than the nearly 10 percent originally approved by City Council to pay for the Vista Ridge pipeline project, though they have not said how much lower.
Gavino Ramos, SAWS’ vice president of communications and external affairs, made the statement about a smaller rate hike in 2020 in response to questions from the Rivard Report following a key vote by SAWS’ Capital Improvements Advisory Committee, which recommends impact fees charged to developers. Impact fees are meant to ensure that existing SAWS customers don’t solely bear the burden of expanding the system to make room for more people.
The committee, made up predominantly of professionals in the real estate and development industry, generally meets every five years to reassess SAWS’ impact fees and make recommendations. The recommendations it approved in a Feb. 13 vote included that developers offset the costs of Vista Ridge to SAWS customers by more than $242 million over 10 years.
That $242 million is less than 9 percent of the $2.8 billion total cost to SAWS customers for Vista Ridge, a roughly 140-mile pipeline that will ship water to San Antonio from underground aquifers east of Austin. The pipeline is the most expensive water supply project in SAWS history.
Read more from Brendan Gibbons with the Rivard Report here.