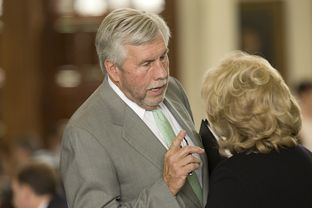 State Sen. Troy Fraser, R-Horseshoe Bay, announced Tuesday that he is not running for re-election, ending a tenure at the Capitol that has spanned four decades.
“There comes a time when leaders must take a look at the trail they have blazed and reflect on all they have done,” Fraser wrote in a letter to colleagues and friends. “There also comes a time when leaders must allow others the opportunity to leave their mark. Today marks that time for me.”
Fraser, who chaired the Natural Resources Committee this past session, was the seventh-most senior member of the Senate, having taken office in January 1997. From 1988 to 1993, he served in the House… Read more from the Texas Tribune