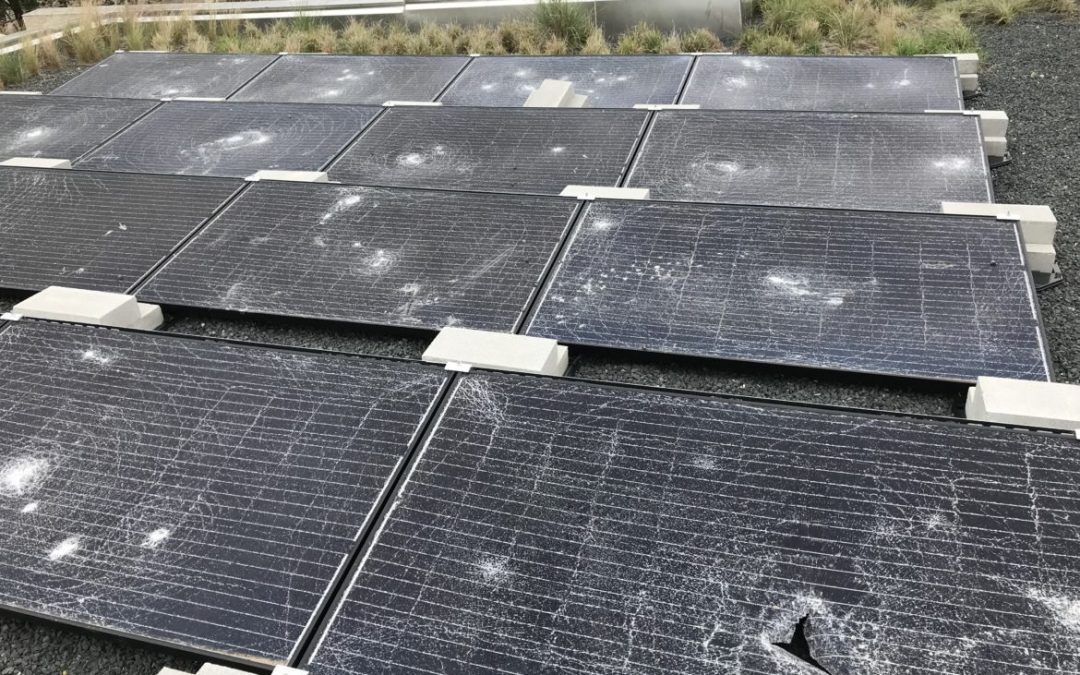 When Confluence Park opened to the public in early March, those who poured time and money into the project hailed it as a new hub of environmental learning and appreciation.
Less than eight weeks later, the solar panels in the small array atop the park’s classroom space were smashed in what the San Antonio River Foundation’s executive director called “a small-minded act by a select few.”
The vandalism occurred late on April 25 or in the early morning hours of April 26, the foundation’s executive director Robert Amerman said in an email Monday… Read more from the Rivard Report