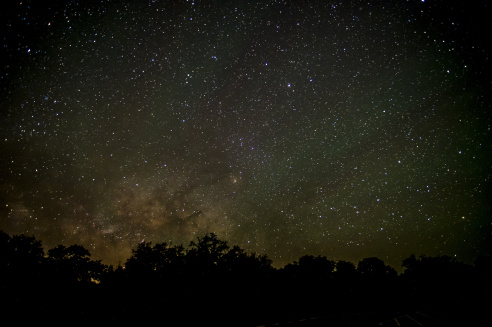 Looking for darkness, shooting stars and comets?
Head to South Llano River State Park, which just became the third state park in Texas – along with Copper Breaks State Park and Enchanted Rock State Natural Area – with International Dark-Sky Park status.
South Llano River State Park earns a “3” on the Bortle Scale, which ranks skies from 1 to 9, with one for the darkest skies and nine for the least dark, according to a press release from the Texas Parks and Wildlife Department… Read more from MyStatesman.com