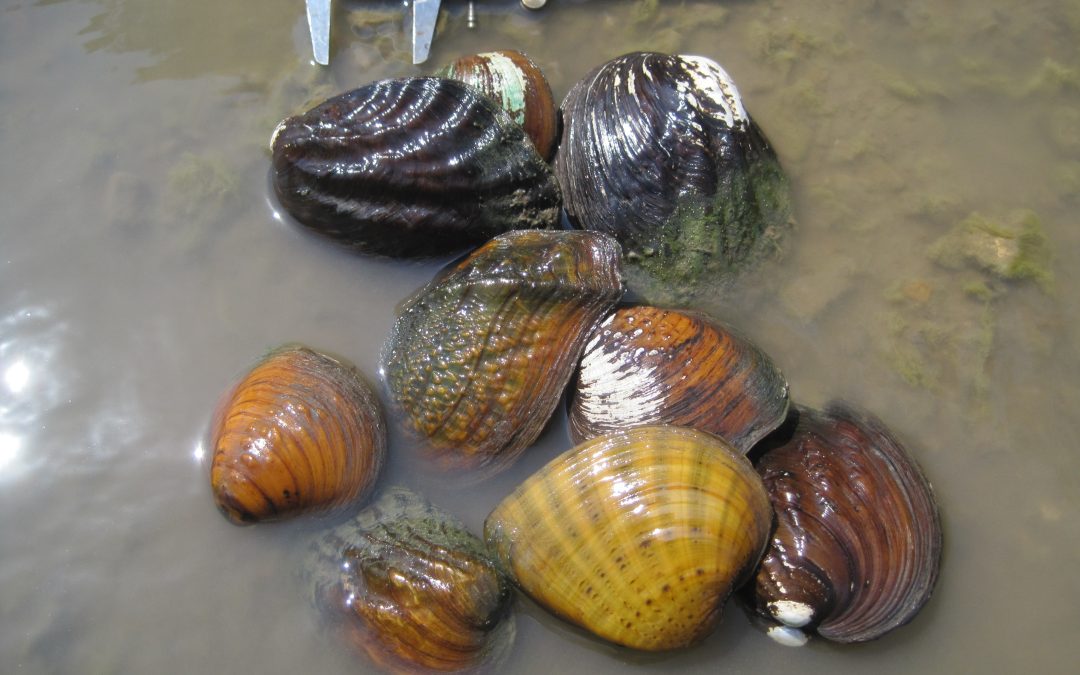 The U.S. Fish and Wildlife Service (FWS) has determined that two Texas mussels can be removed from the list of candidate species under the federal Endangered Species Act (ESA). The determinations were based mainly on research funded by the Texas Comptroller’s office and the Texas Parks and Wildlife Department (TPWD).

Genetic studies by the U.S. Geological Survey (USGS) and conservation maps made by Texas A&M University’s Natural Resources Institute (NRI) showed that the smooth pimpleback and golden orb mussels actually are part of a common and wide-ranging species. This discovery led FWS to remove both mussels from candidate status earlier this month, which precluded listing them under the ESA.
“The U.S. Fish and Wildlife Service’s decision not to list the species exemplifies the importance of a state-coordinated approach to species research and proactive conservation,” Texas Comptroller Glenn Hegar said. “Going forward, it’s important to continue this collaboration so that future decisions, which could have tremendous and far-reaching impacts on the Texas economy, can be based on accurate science. Several other mussels still are under review for listing in Central Texas and other regions of the state.”
“Using genetic relationships, distribution data and shell characteristics, we were able to provide accurate taxonomic and distributional information that helped inform FWS’ decision to exclude these mussels from ESA listing,” said Nathan Johnson, a research biologist at USGS’ Wetland and Aquatic Research Center. “Pre-listing science is critical to making timely and informed management decisions, and we are continuing research efforts on freshwater mussels to help support and inform federal and state conservation and management strategies for this highly imperiled group of organisms.”
In addition to funding research, the Comptroller’s natural resources program and TPWD conducted a year-long effort to share information on the species review process with stakeholders, including businesses, communities and agencies. This improved the process’ transparency and helped generate significant stakeholder input for the FWS review.
The Comptroller’s office continues to support research on Texas mussels, including captive propagation studies by Texas State University and FWS. In addition, the University of Texas at Tyler has begun surveys to help address final data gaps for East Texas mussels, finding new populations and more species than expected. FWS’ review of those species is in progress with decisions due by the end of this year.
The Comptroller’s natural resources program funds research at state universities to inform ESA decisions and help communities and stakeholders develop voluntary conservation programs. These programs allow Texas to protect its natural resources while avoiding needless restrictions on economic growth.
The agency is committed to developing science-based solutions to ESA challenges, while maintaining the highest standards of ethics, accountability, transparency and professionalism.
To see the USGS genetic study, including project announcements, research updates and public meetings, visit the Comptroller’s natural resources program website.
Press release taken from the Texas Comptroller of Public Accounts, August 30, 2019 – accessible here.