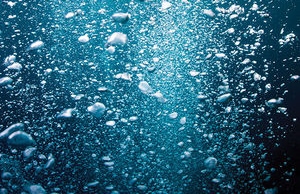 “It is hard to spend tax dollars on lawyer’s fees…[but] when one property owner deems their rights supersede another property owner’s…local control is needed,” City of Bandera Mayor John Hegemier said, on the issue of the Flying L Guest Ranch versus the Bandera County River Authority and Groundwater District.
The Flying L is battling to have its original water permits, issued in 2001, restored to 2,096.82 acre-feet of water per year. Based on a permit rule approved two years ago that grants one acre-foot of water per acre, BCRAGD General Manager Dave Mauk last summer reduced the ranch’s annual pumping allotment to 240 acre-feet. After more than a year of litigation, the BCRAGD Board of Directors agreed unanimously on Oct. 8 to send the case to the State Office of Administrative Hearings, at the behest of attorney Greg Ellis.
Speaking before the board during the special meeting, Hegemier said he was concerned that the Flying L’s request for a variance would compromise the City of Bandera and all others who draw from the Middle Trinity Aquifer… Read more from the Bandera Bulletin