Swine country: How feral pigs took over the U.S. 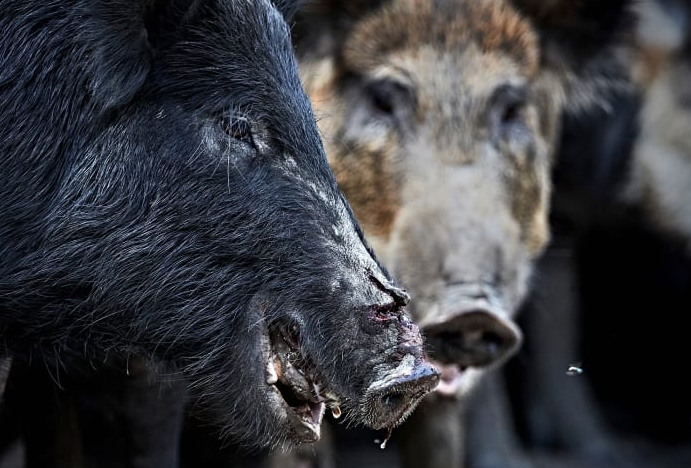 For millions of years, as pigs snorted and snuffed their way across the planet, evolving and learning to dodge gray wolves and tigers and coyotes and alligators, they were almost assuredly safe from any potential threats from the sky.
Then they arrived in Texas, where in addition to the rare predatory large mammal, a wild pig today might be forced to evade, for example, a cascade of 5.56-caliber bullets fired from a hundred-odd feet above by an AR‑15 semiautomatic rifle in the hands of some adventurous tourist from Pennsylvania or Mexico or Australia. Unfortunately for said pig, evolution has not yet blessed him with the neck flexibility needed to look up. Thus, he hears only the thundering roar of a helicopter before it all goes down. He’ll run around, searing bursts piercing the ground around him, until inevitably he’s struck, usually a number of times, left to die in a scrub of brush or a field of cotton or a row of cornstalks. The chopper will fly away, only to move on to some other unsuspecting, ground-focused pig.
Read more from Dan Greene with Sports Illustrated here.