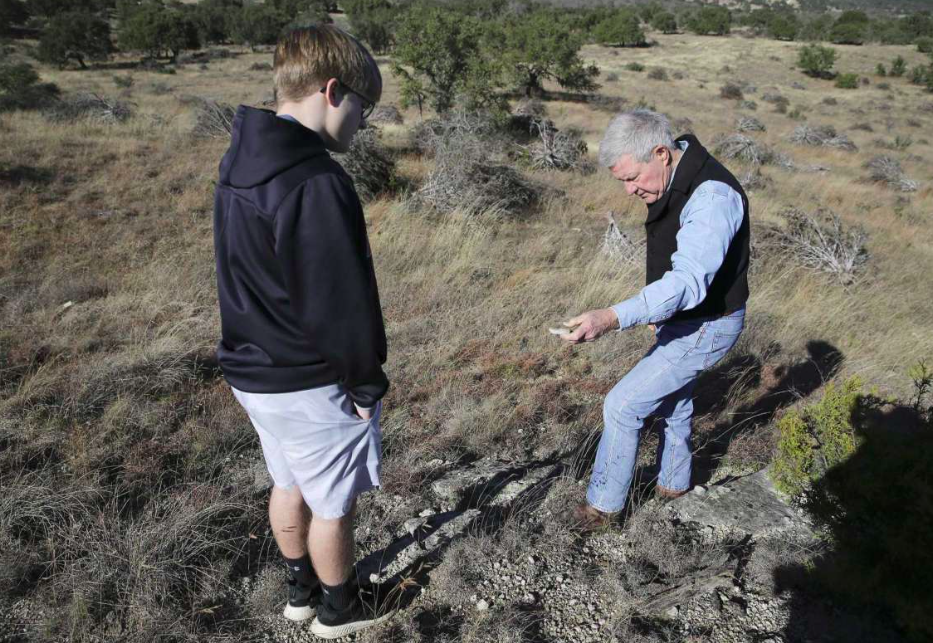 FREDERICKSBURG — Hank Sauer reminisces about the 18 years he’s owned these 45 acres a few miles south of Fredericksburg — hunting deer with his now-17-year-old grandson, spending holidays there with the family, and dreaming of spending the rest of his days with his wife on the land.

Until last year, the retired health care administrator, 84, lived on the property with his wife. But she suffered health problems, and the couple moved into an assisted-living facility in San Antonio.

Sauer is worried that a natural gas pipeline proposed by Houston-based Kinder Morgan, one of the largest pipeline companies in the country, will reduce his land’s value. He’d been looking to sell the property, but said he recently pulled it off the market because interest dropped off after Kinder Morgan announced the project. He was seeking to sell the land for just under $1 million.

The planned $2 billion pipeline would run 430 miles from the booming Permian Basin oil and gas field in West Texas to a location near the Houston suburb of Katy. The Permian Highway pipeline would cut through the rolling landscape of the Hill Country and Hays County, the second-fastest-growing county in Texas.

“We have no ill will toward pipelines — they’re needed. But put them somewhere where they’re not going to destroy lives and destroy people’s communities,” said Sauer, who describes himself as “very conservative.”

Kinder Morgan is surveying the possible route and lining up agreements with property owners. If the company receives the necessary permits and approvals, it wants to start construction by this fall and open the pipeline at the end of 2020. Agencies that will review the project include the Texas Railroad Commission, U.S. Fish and Wildlife Service, U.S. Army Corps of Engineers and the Texas Commission on Environmental Quality.