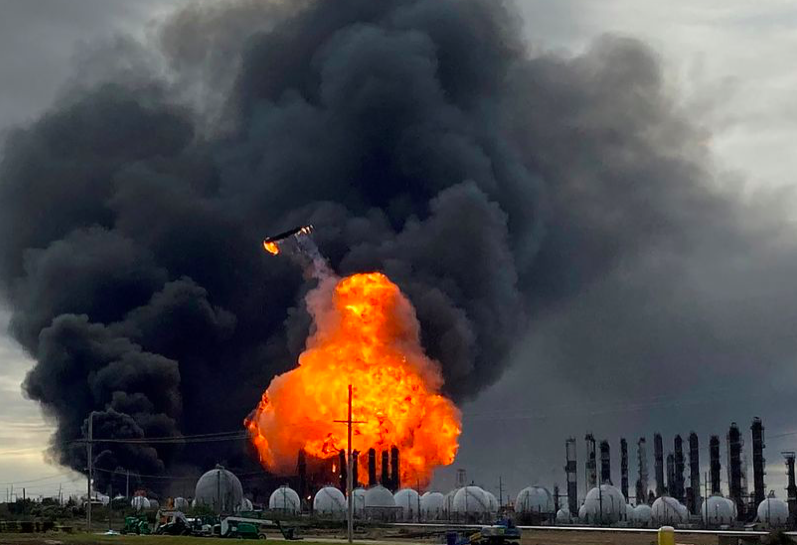 In a surprising vote, the Texas Commission on Environmental Quality rejected a staff-proposed penalty against TPC Group’s Port Neches chemical plant — which was rocked by explosions last month — for a slew of 2018 pollution violations and asked that they be referred to the Texas Attorney General’s Office.
Environmental and watchdog groups have long criticized the Texas Commission on Environmental Quality for taking it too easy on polluters — and the TCEQ has often countered that its job is to coax industrial facilities into compliance rather than slap them with big fines.
But on Wednesday, agency officials openly acknowledged that a proposed fine against Texas Petroleum Chemicals Group, known as TPC — the Houston-based company whose Port Neches chemical plant exploded last month — for more than a half-dozen unrelated violations that occurred in 2018 wasn’t high enough and that its general enforcement approach may not be stringent enough.
In a unanimous vote, the agency’s three commissioners rejected a fine against TPC that had been whittled down to $22,302 and kicked it back to agency staff, asking that the executive director refer the cases to the Texas Attorney General’s Office for “comprehensive enforcement action” — a move that will presumably result in a more stringent penalty and could result in a criminal investigation.
The proposed fine covered eight separate violations the TCEQ found at TPC’s Port Neches plant in 2018 that mostly involved preventable emissions of hazardous air pollutants, including thousands of pounds of highly explosive 1,3 butadiene.
“When these violations occurred in 2018, I think the executive director calculated the penalty appropriately,” Commissioner Emily Lindley said before the vote. “But we’re here today and there have been recent events, and we have to take those events seriously.”
The vote came after commissioners heard powerful testimony from Port Neches-area residents who described their experiences during the fire that broke out the day before Thanksgiving last month at the TPC plant, sparking two explosions and widespread mandatory evacuations.
Read more from Kiah Collier with the Texas Tribune here.