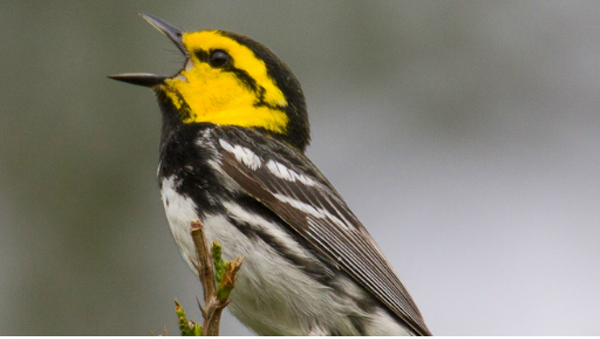 The Texas General Land Office and Texas Public Policy Foundation, a conservative think tank, are suing the federal government to take the golden- cheeked warbler off the endangered species list.
Their lawsuit, filed on Monday, argues that the golden-cheeked warbler isn’t really endangered and that the United States Fish and Wildlife Service hasn’t considered recent scientific evidence that would prove it. The area in dispute is 35 central Texas counties, including the ones surrounding San Antonio and Austin, where landowners are required to protect the bird’s habitat.
In the joint lawsuit, the GLO states that its own revenue has plummeted from the presence of warblers on agency land. Removing the warbler from the endangered list would increase their market value, and allow the GLO to avoid “time consuming and costly requirements” made by the U.S. Fish and Wildlife Service… Read more from the SA Current