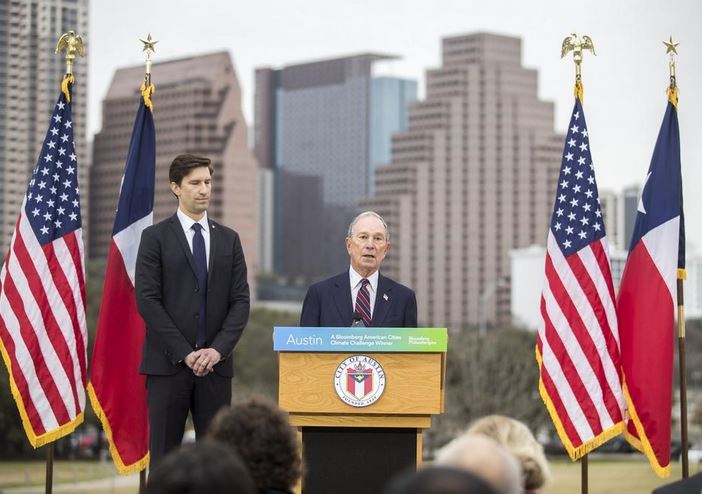 Citing Austin’s aggressive environmental goals, which include making municipal operations carbon neutral by 2020, Bloomberg Philanthropies on Friday announced that the Texas capital has won a national climate change challenge. The honor means Austin will join a two-year accelerator program that will give the city access to as much as $2.5 million in technical assistance and support.
Austin is one of 25 cities and, along with San Antonio, one of two in Texas to win the competitive Bloomberg American Cities Climate Challenge, a $70 million program launched in June to help cities reduce their carbon footprint. The program aims to support mayors who have pushed to reduce carbon emissions after the Trump administration pulled out of the Paris climate agreement.
Bloomberg Philanthropies, founded by former New York City Mayor and UN Special Envoy for Climate Action Michael Bloomberg, said it selected Austin based on its innovative plans to reduce air pollution from its transit and building sectors, which typically account for 80 percent of a city’s emissions.
Electricity makes up nearly half of the Austin area’s carbon footprint, and transportation accounts for 36 percent.
Read more from Jeremy Schwartz with The Statesman here.