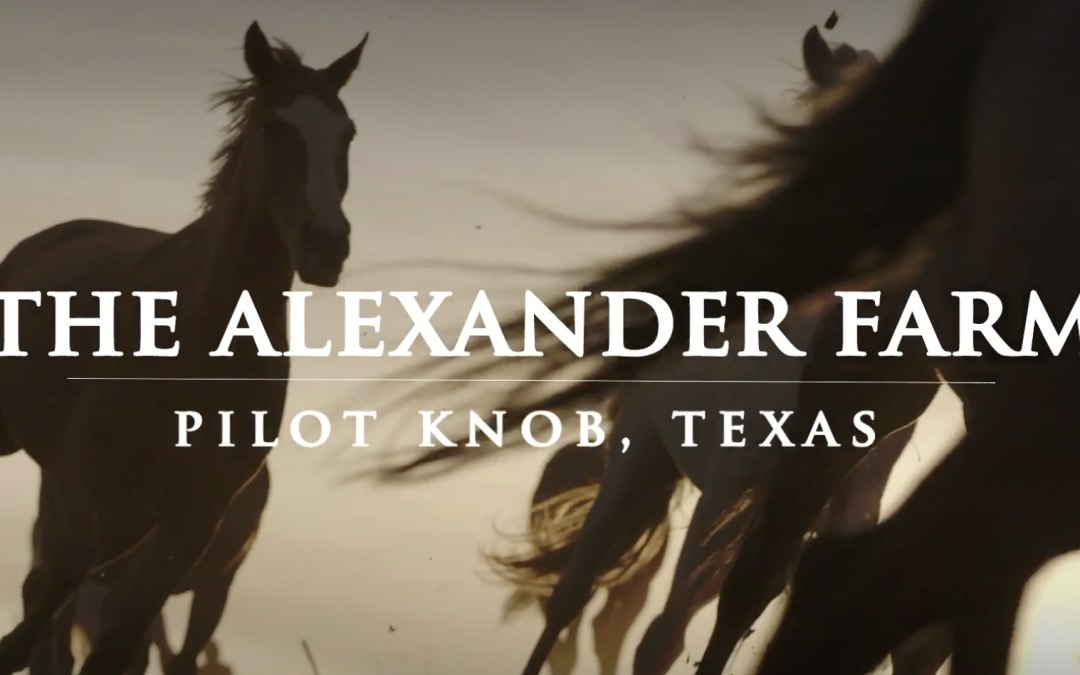 The descendants of one of the founding African American families of Austin are celebrating their collaboration with Hill Country Conservancy (HCC) as together they’ve worked to further preserve the Alexander’s ancestral farm and homestead. Through a combination of the Alexander family’s extensive agricultural expertise and HCC’s specific set of knowledge and networking, the Alexanders are now one step closer to protecting the land and historic legacy of THE ALEXANDER FARM.

THE ALEXANDER FARM was founded in 1847 by renowned horse breeder and trainer Daniel Alexander. Alexander, as an enslaved person, was brought to Texas in 1823 by the family for whom McKinney Falls State Park is named. Alexander’s unique skills in horsemanship were valuable assets to the McKinney family, affording him certain privileges and status that enslaved people in Texas were not generally granted until years later with emancipation. The most important of these privileges was land ownership via homesteading. In 1847, the McKinneys transferred 73 1⁄3 acres of land to Alexander through a verbal contract which was finalized in 1879. Today, THE ALEXANDER FARM is still operated and owned by Daniel Alexander’s descendants.”

Hill Country Conservancy’s Chief Conservation Officer, Frank Davis, says, “The legacy of Daniel Alexander and THE ALEXANDER FARM demonstrates that living off the land here in Central Texas is not just a story of European settlers acting at their own will. Many were brought here against their will, but they made a home here, against all odds. This is not just Black history; it’s our collective history, and we need to preserve and cherish it, while helping to address the unique challenges that Black farmers still face today. It’s been an honor to play a small part in ensuring the legacy of THE ALEXANDER FARM.

The farm, throughout the years, has been a target of direct and systemic racism, creating extraordinary challenges and barriers to retaining the land. To conquer some of these barriers, HCC advised on numerous beneficial programs of the United States Department of Agriculture (USDA) offering incentives for land management activities that sequester carbon, improve soil health, and enhance water quality. In addition, HCC, with the help of the Water Funder Initiative, Plateau Land and Wildlife Land Management, and the Texas Hill Country Conservation Network, helped to reduce annual property taxes for THE ALEXANDER FARM by tens of thousands of dollars, removing a significant strain that threatened the farm’s future.

“Partnering with the USDA in new farming programs, as did our grandfather, is yet another assist Frank Davis suggested and that we’re pursuing as THE ALEXANDER FARM’s descendants,” said Rosalind Alexander-Kasparik, 6th generation descendant of Daniel Alexander. “The obstacles are there, but so is our land, its history, and the family identity that’s tied to our land’s 175-year family legacy of place.”

ABOUT THE ALEXANDER FARM: THE ALEXANDER FARM in Pilot Knob, Texas, was founded in 1847 by the then-enslaved and renowned horse breeder and trainer Daniel Alexander. The farm with its family cemetery was passed down from generation to generation and is still managed by his direct descendants today. As such, the Alexanders are among the founding African American families of Austin, and the farm is one of the most historic in Travis County. For more information about the Alexander Farm visit: www.thealexanderfarm1847.org/