The flight of the Texas fireflies 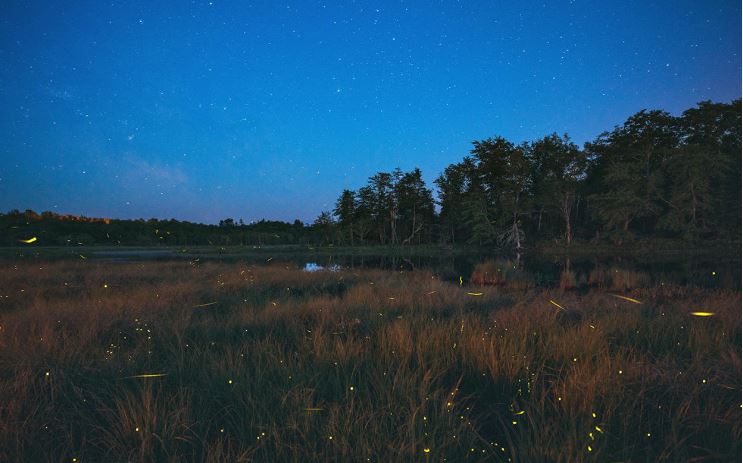 In a state with more than its share of biting, stinging, and creeping and crawling insects and arachnids with little or no charm to any but their own species, fireflies (or lightning bugs as they are variously known here) have long enjoyed a special place in our hearts, that rarest of varmints—a charismatic insect.
To those of us who grew up in suburbia or out in the country in recent decades (or those who grew up in big cities long ago), they remind us of carefree evenings in the spring, twinkling original-recipe-flavored-Gatorade-yellow-green galaxies wafting on warm breezes over grassy lawns or scraggly brush.
Industrialization hasn’t been kind to the flying luminescent beetles. My father grew up in the Houston enclave of West University Place in the forties and fifties and recalls seeing plenty of them in his backyard in those days. Today, they are so scarce in the Houston area that one local naturalist has suggested turning a strip of brush along a bike trail near a hidden-away park in the Heights area into an eco-destination, a companion to Houston’s Waugh Drive Bat Colony.
Read more from John Nova Lomax with Texas Monthly here.