Exciting new leadership within HCA board to start 2017 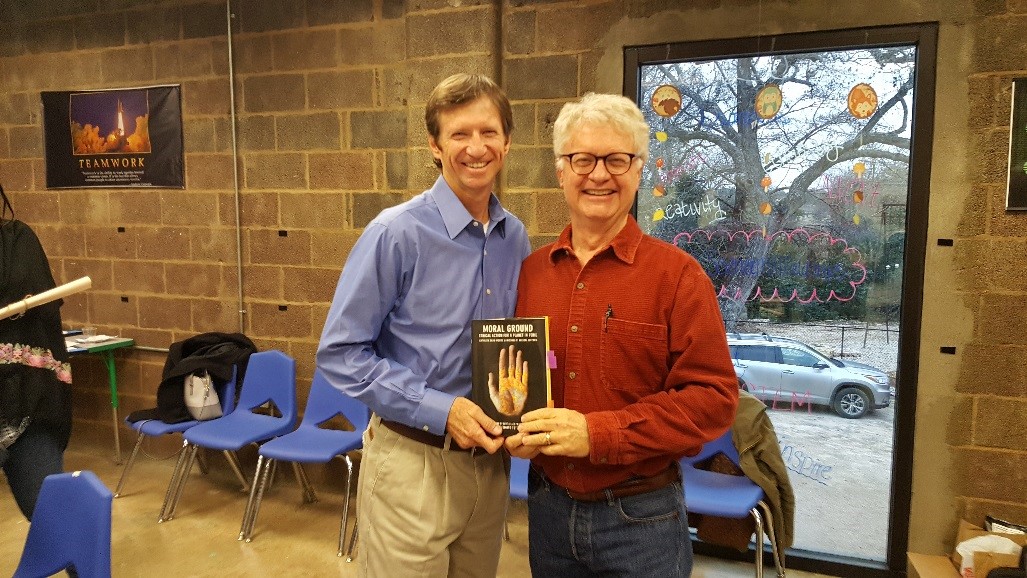 The Hill Country Alliance (HCA) announced the appointment of a new member to its board of directors, Dr. Francine S. Romero. HCA also announced the appointment of Judge Garry Merritt of Real County as board president, taking over for Dr. Leo Tynan of Fredericksburg who served as board president for two years.
Romero brings expertise in planning and conservation to HCA Board

Romero is the Associate Dean of Undergraduate Studies, Faculty and Community Engagement for the College of Public Policy at the University of Texas at San Antonio, where she is also an Associate Professor in the Department of Public Administration.
“Francine will bring a unique and important perspective to our board,” Hill Country Alliance Executive Director Katherine Romans said. “Her academic background in public policy and her experience with conservation planning and development in San Antonio will be a tremendous asset to HCA.”
Romero currently serves as the Chair of the City of San Antonio’s Conservation Advisory Board (CAB), which oversees the Edwards Aquifer Protection Program. To date, CAB has spent $225 million and has secured easements on roughly 135,000 acres of land. Romero also serves as San Antonio’s District 8 Zoning Commissioner and is Chair of the Commission.
“I hope to be able to help HCA in its efforts to incorporate Bexar County and San Antonio into some of their initiatives,” Romero said. “I also look forward to bringing what people are thinking about or concerned about in San Antonio so that we can hopefully get a dialogue going.”
She has served on the City of San Antonio Planning Commission, the Parks and Recreation Advisory Board, Mayor Ivy Taylor’s Charter Review Committee, and numerous bond recommendation and oversight committees. Romero has authored two books and numerous articles. Her latest work concentrates on land use policy, with recent publications on topics such as municipal annexation and the logic of open space protection.
Judge Garry Merritt elected unanimously to lead HCA Board

At the December meeting of the Board of Directors, Judge Garry Merritt was elected unanimously to lead the board of directors as president in 2017. “I look forward to working with Dr. Romero and all of the members of the HCA board of directors in the coming years,” said Judge Merritt. “Dr. Tynan has been an excellent leader for the past two years, and has shepherded HCA through a period of tremendous growth and opportunity. I am eager to build on his momentum as president.”
Judge Merritt joined the HCA board of directors in 2013. He has served as County Judge in Real County since 2011, and previously served as Real County Attorney from 2001 to 2010. Judge Merritt is the past president of Middle Rio Grande Development Council and a former Board Chairman of Southwest Area Regional Transit District. He is a member of the Judicial Education Committee for the Texas Association of Counties and a frequent speaker at judicial education programs.
“I am proud to hand over the role of the presidency to Garry,” said past president Dr. Leo Tynan. “As County Judge, Garry has an intimate understanding of the changes happening in the Hill Country—and why it is so important that we act to protect this special place.”
To learn more about Judge Merritt and Dr. Romero, visit the Hill Country Alliance webpage at www.hillcountryalliance.org.
About the Hill Country Alliance
Founded in 2005, the Hill Country Alliance is a non-profit organization whose purpose is to raise public awareness and build community support around the need to preserve the natural resources and heritage of the Central Texas Hill Country. The Alliance represents more than 8,000 supporters across the region. To learn more about Hill Country Alliance initiatives, please visit the HCA website: www.hillcountryalliance.org.