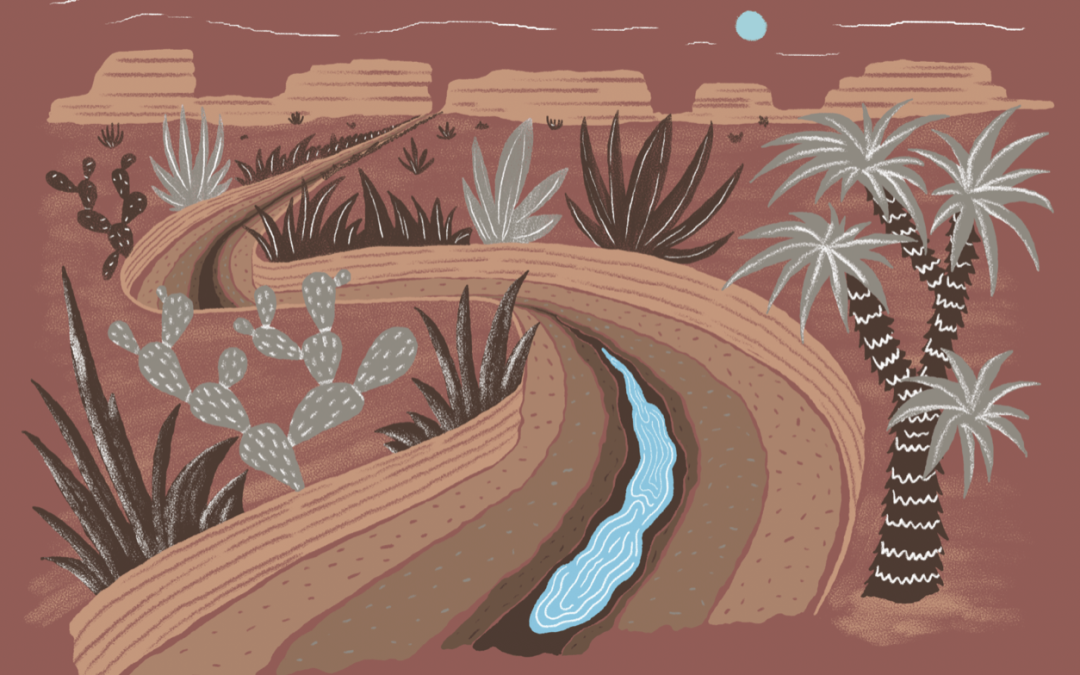 IF THE PLANET CONTINUES TO WARM AT CURRENT RATES, SCIENTISTS PROJECT THE LIKELIHOOD OF A MEGADROUGHT IN THE SOUTHWEST WILL INCREASE TO ABOVE 70 PERCENT. WE’RE SIMPLY NOT PREPARED.

“This is absolutely abysmal,” David Gutzler said in March 2018, speaking to an auditorium full of US and Mexican water engineers and hydrologists in El Paso, Texas. He was talking about the state of the snow in Colorado at the time, the snow that would melt and feed the Rio Grande in summer. There wasn’t enough.

The University of New Mexico climate scientist pointed to a slide showing a chart of year-to-year levels of the snowpack that sustains the upper half of the Rio Grande, which snakes through New Mexico before turning south to become the border between Texas and Mexico for 1,250 miles (2,011 km) all the way to the Gulf. “There is essentially zero chance that we will obtain anything close to average snowpack this year,” he said.

Gutzler turned out to be right. The snowpack measurement taken a few weeks later, on April 1—traditionally used as a proxy for the region’s anticipated water supply for the coming summer—was at just 48% of where it should have been (pdf). By May, some stretches of the upper Rio Grande that normally don’t run dry until August were already desiccated. Southern New Mexico, the part of the state fed by Rio Grande water, would have to depend entirely on water stored in reservoirs to make it through the summer.

That’s what the reservoir water is for, of course. It’s an emergency stash, to get through bad drought years. But what if the drought lasts a second year—or five more?

“We are eating into our savings at a very rapid clip,” Gutzler said in late May. “If something like this happens again next winter, then we’ll be in big trouble.”

As the summer progressed, farmers along parched parts of the Rio Grande had to call in their stored water rights to get through the growing season, since their canals from the river were running dry. The Elephant Butte reservoir, by far the largest reservoir on the upper Rio Grande, was just 6% full at time of publication—down from 24% full six months prior.

Read more from Zoe Schlanger with The Texas Observer here.