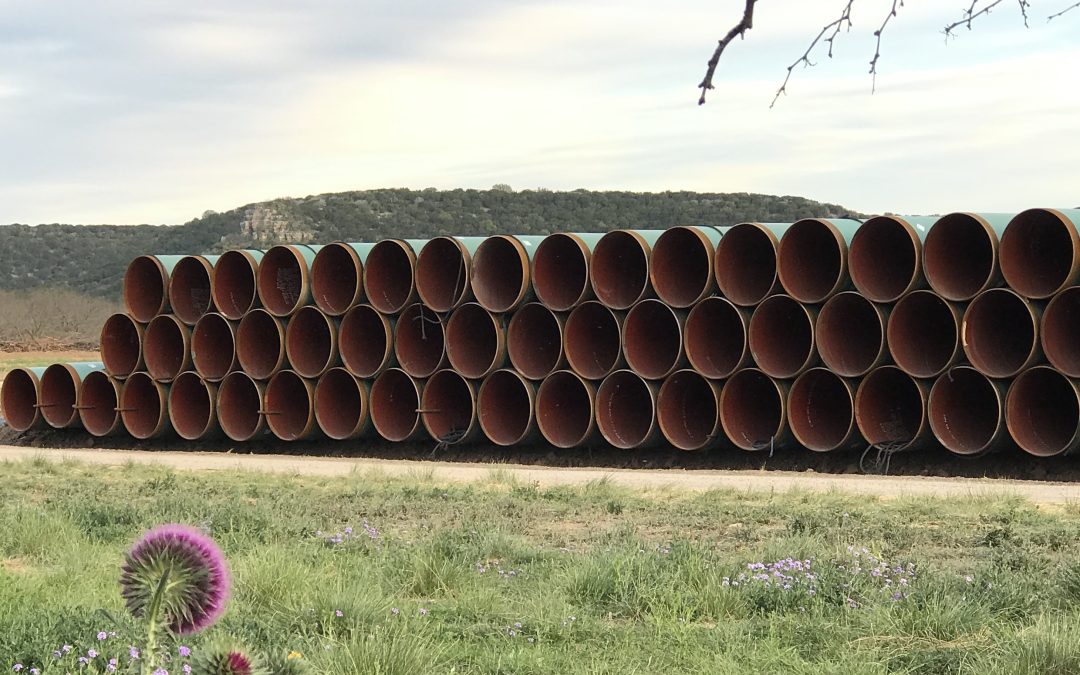 A few weeks ago, construction on the Mopac Expressway near Slaughter Lane in Austin came to an abrupt halt when the workers encountered a larger than normal karst feature. Karst features are essentially holes in the limestone underneath our feet that channel water from the surface into our underground aquifers. They stopped because construction around karst features has to be done carefully to ensure both that surface water can reach the aquifer and that the water isn’t contaminated on its way there.
Any construction project that disturbs five acres or more of land in the Edwards Aquifer region requires coordination and permitting from the Texas Commission on Environmental Quality (TCEQ) to protect our groundwater and karst features — except oil and gas projects, including pipelines. This is because of one section in the Texas Water Code that places jurisdiction over oil and gas activity under the Texas Railroad Commission instead of TCEQ.
When these protections for the Edwards Aquifer were established in the 1990s, no one anticipated they’d need to apply to oil and gas. The region doesn’t produce fossil fuels, and no new pipeline had crossed the Hill Country and our vulnerable aquifers since the 1950s. But today, Kinder Morgan hopes to build a 42-inch pipeline across the Hill Country and the Edwards Aquifer, and those of us in the pathway are personally experiencing the state’s lack of oversight.
Kinder Morgan is making all kinds of statements about safety and environmental protection and treating landowners decently. But here’s what they won’t tell you: