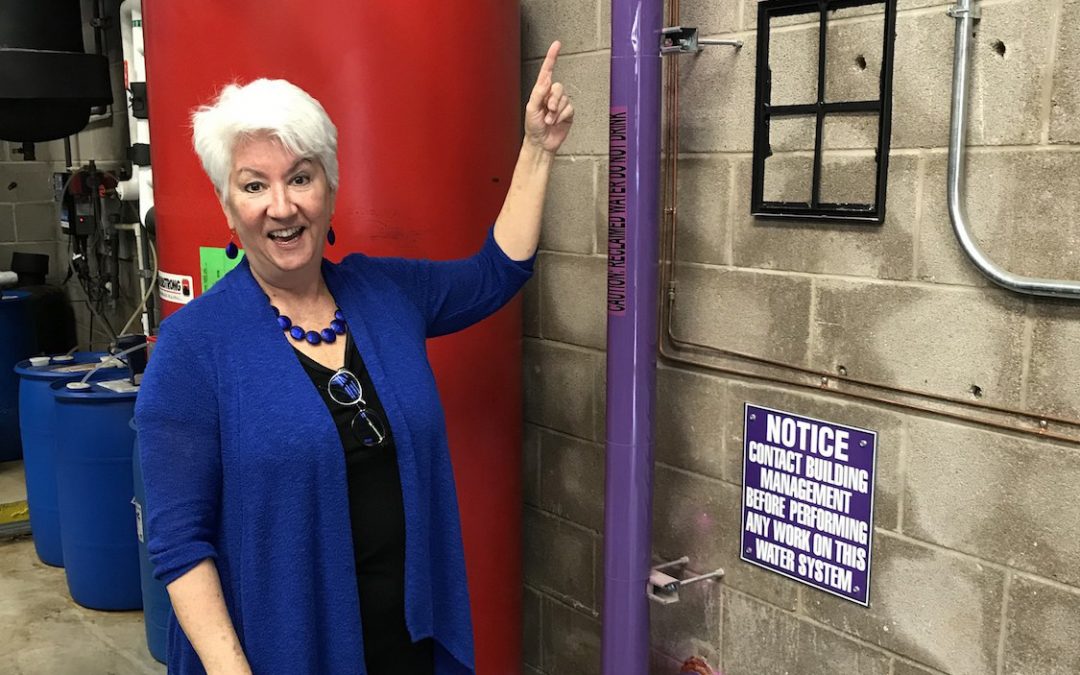 Travis County is set to save an estimated 10 million gallons of water per year and also help save thousands of dollars in taxpayer money with its reclaimed water plan for cooling.
During a press conference Tuesday, Commissioner Brigid Shea, whose district represents the most urban portion of the county, said the city of Austin extended a purple pipe of treated wastewater, or reclaimed water, along 11th street in downtown Austin as part of the plan.
“Most people don’t realize that the major use of water for large commercial buildings is for air conditioning,” Shea said. “So, we are swapping out the water source from using treated water for air conditioning to the treated wastewater. That will save the county and the community 10 million gallons of water a year forever.” …Read more from Community Impact