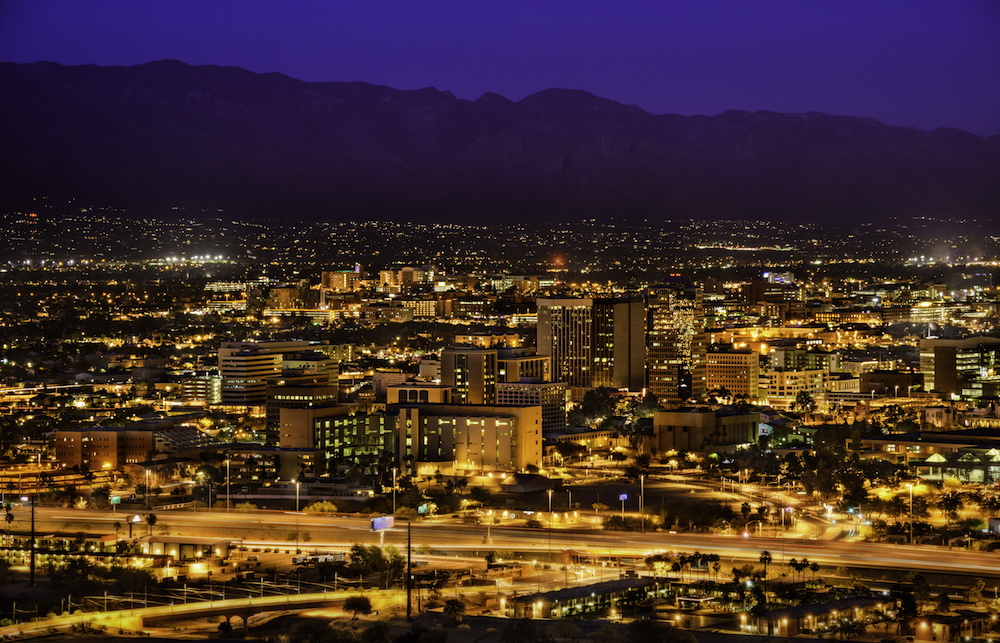 John Barentine, Director of Conservation at the International Dark-Sky Association, is the lead author of a recent study published online by the Journal of Quantitative Spectroscopy and Radiative Transfer. Although Barentine has previously published papers in the field of astronomy, this is his first in the field of light pollution studies.
Working with students and a scientist from the National Optical Astronomy Observatory, Barentine used a 2014 dataset that was compiled for other purposes to measure the change in skyglow in Tucson, Arizona, U.S., in 2017, after thousands of street lights were converted from high- and low-pressure sodium (HPS/LPS) luminaires to white light emitting diode (LED). The key question in the study was: “Did the skyglow over Tucson change as the result of reduced lighting levels implemented during the municipal LED street lighting conversion?”1
The team “obtained direct and indirect measurements of the luminance of the night sky from 15 locations in and near Tucson, Arizona, during two epochs in June 2014 and May-June 2017, in between which the City of Tucson converted 18,000 municipally-owned street lights from a mixture of HPS and LPS to 3000 K white LED, while reducing the number of photopic lumens emitted by the street lighting system by 63%.” Read more from IDA