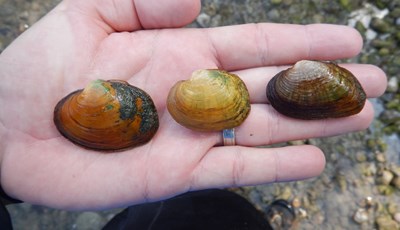 If the state’s population continues to balloon and climate change worsens, four Central Texas mussels could face near-certain extinction, according to an internal analysis by the U.S. Fish and Wildlife Service (FWS) obtained by the Observer.
While mussels aren’t exactly the rock stars of the animal world, they play an important role in riverine ecology and water quality: Bivalves siphon off contaminants in water and are widely recognized as a measure of ecological health. To survive, they require a steady and adequate flow of clean water. Put simply, the loss of mussels is a flashing red light for the health of Texas rivers…  Read more from the Texas Observer