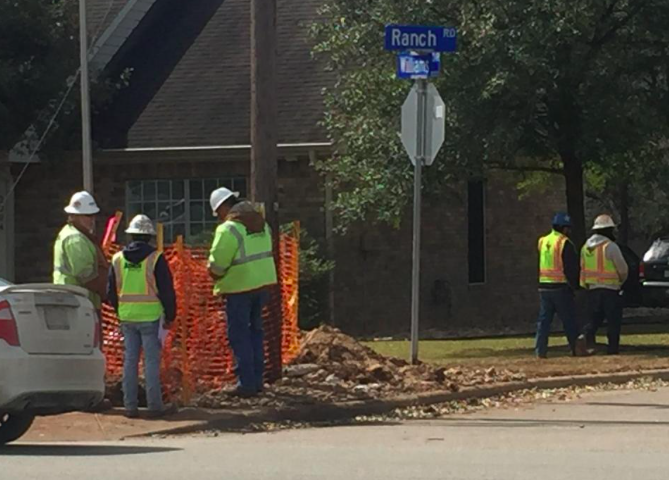 The evacuation of 64 businesses and 57 homes in Georgetown due to the results of an initial natural gas leak continued Monday, according to a news release from Atmos Energy. The company would not say when it planned to lift the evacuation order, which started Feb. 20.
“Out of an abundance of caution, evacuations will remain in place until we are confident it is safe to re-occupy the structures,” the release said.
The number of businesses and home evacuated have increased since Tuesday, when the energy company reported that 61 businesses and 30 homes near Williams Drive and River Bend in Georgetown had been evacuated.
The initial incident involved two gas leaks within 100 feet of each other that happened at 10:45 a.m. Feb. 21 at the intersection of River Bend and Oak Lane, according to a pipeline safety incident notification the company made to the Texas Railroad Commission. Both leaks have been repaired, the notice said.
Read more from Claire Osborn with the Austin American Statesman here.