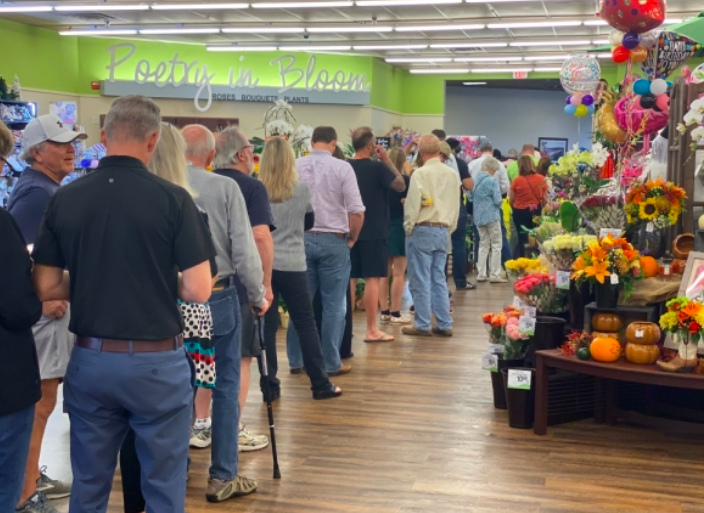 Update: The Southwestern Travis County Groundwater Conservation District passed unofficially with 74.78% of the vote, or 9,715 in favor to 3,276 opposed. Included on the ballot were all seven members of the newly elected board of directors: Juli Hennings, Jim Urie, Tricia Davis, James Dower, Tim Van Ackeren and Rick Scadden, board president.
“It’s wonderful that 75% of the voters support confirmation of the SWTCGCD,” Scadden said in a text. “This represents the culmination of many years of hard work by a bipartisan group of elected officials as well as grassroots efforts. I look forward to moving ahead with our mission to manage our groundwater resources.”
Update: After several updates from votes cast on election day, the gap in favor of the Southwestern Travis County Groundwater District has widened, with 4.552 in favor to 1,535 against. Community Impact Newspaper will continue updating this race as county workers continue tabulating votes and more results become available.
Southwestern Travis Country residents will decide on the creation of a groundwater conservation district that, if voted in as part of the Nov. 5 general election, will cover what was the last unregulated pocket of the Trinity Aquifer. Though the district has been a controversial topic for residents living in the area for the last several years, early voting results show a swell of support with 4,316 so far voting in favor to 1,461 against.

The issue has had and still has its detractors, but it has also seen a nonpartisan show of official support from former state Representative Paul Workman, R-Austin, and current Representative Vicki Goodwin, D-Austin. Still, there have been three failed attempts at establishing the district prior to the Nov. 5 election.

Proponents of the SWTCGCD, including Rick Scadden and Juli Hennings, have been campaigning for the creation of the district for the last several months. Scadden and Hennings, who will be the potential district’s board president and West Lake Hills representative respectively, have been attending city council meetings and other official events to shore up support, recently attending the Travis County Commissioners Court Oct. 1.