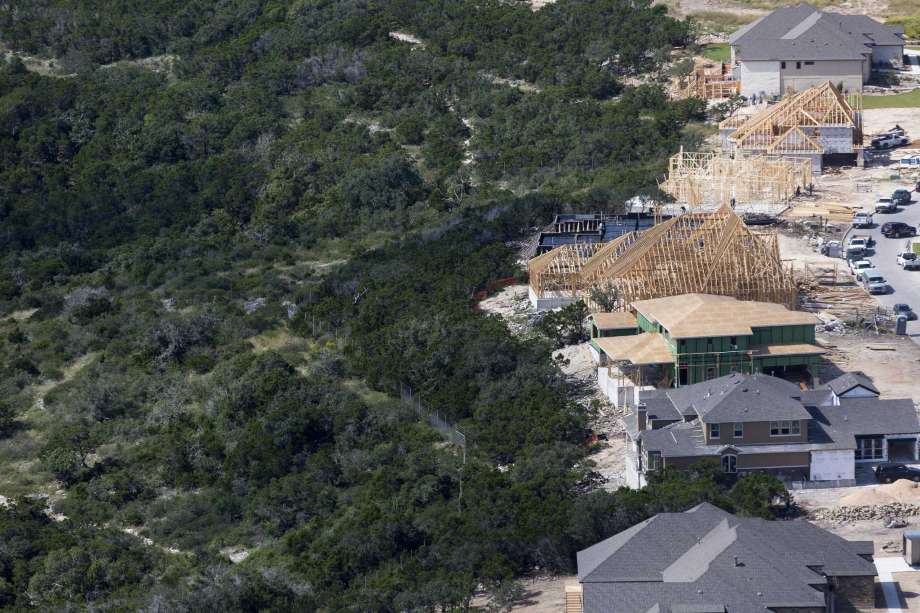 Thomas Hille follows a simple rule when he jogs along the winding trails of Friedrich Wilderness Park, an oasis of untouched land near the busy Interstate 10 corridor on the far Northwest Side.

“If you always turn left, you never get lost,” Hille said with a laugh as he prepared for an early morning trail run at the park’s entrance. “Go with me!”
Hille, a criminal defense lawyer and fitness buff, set off at a brisk pace into the quiet Hill Country wilderness. But on the fourth mile of his 6-mile run, he pointed out an unwelcome change along his route — a row of houses sprouting up on the park’s boundary. On some days, the sounds of hammers and nail guns interrupt the morning stillness.
“It’s ugly,” Hille said bluntly. But there’s not much he can do about it. The park is nestled in the middle of an exploding real estate market, and urban sprawl has been creeping around the edges of Friedrich and other city-owned natural areas for years.
The problem only is going to get worse as San Antonio braces for a million new residents by 2040… Read more from ExpressNews.com