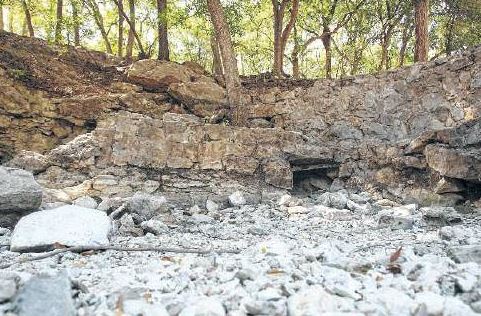 The Edwards Aquifer could be at risk in the next 50 years as a result of warmer temperatures and more frequent and severe droughts, compounded by population growth.

“These climate change impacts will be exacerbated in central Texas’s rapidly urbanizing regions, as increasing impervious cover will affect water quality and rates of runoff and recharge,” stated the Fourth National Climate Assessment, a 1,656-page report released by the federal government.

Officials in California, Florida and other coastal states are increasingly concerned about heat, sea levels and severity of storms in a warming world, said Doug Melnick, the city of San Antonio’s chief sustainability officer.

But San Antonio, too, is vulnerable to the effects of climate change, Melnick said.

Already, extreme floods in San Antonio have prompted authorities to redraw flood maps and demolish homes, includes those along Salado Creek on the East Side that were ravaged by a 1998 flood and others along Barbara Drive on the North Side that were damaged by a 2013 deluge.

“We’re seeing discussions as we speak, statewide and nationally, about adjusting 100-year and 500-year flood zones,” Melnick said. “That’s going on now, and that really is the direct result of climate change.”