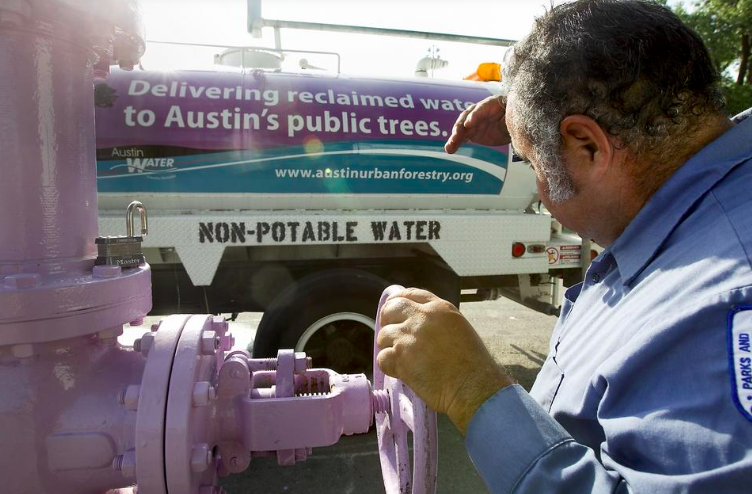 A 100-year water resiliency plan that calls for massive underground reservoirs and reuse of wastewater is now city policy after gaining the approval of the Austin City Council.
The plan, dubbed Water Forward, has been in the works since 2014, when years of drought led council members to call for a look at the city’s long-term water future. It proposes creating artificial aquifers that could store billions of gallons of potable water. Crucially for environmentalists, it promotes reusing water from such sources as sinks and air conditioners over finding new sources far from Austin.
Though they previously said October’s weeklong boil water crisis showed a need for the resiliency measures outlined in the plan, council members opted to approve Water Forward before receiving a briefing from staff members about lessons learned during the recent crisis. That briefing is expected to happen next month.
Read more from Elizabeth Findell with The Austin American-Statesman.