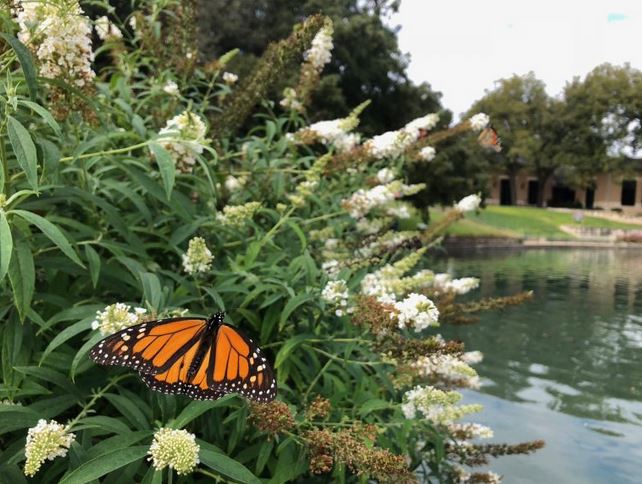 Migrating monarch butterflies finally made it to the Mexican mountains last week–late, but intact.
For months, scientists and citizen scientists have been predicting the largest migration in a decade, but the insects have taken their time arriving at their winter roosting sites, missing their usual Day of the Dead arrival by almost a week, according to reports.
Mexico’s Natural Protected Areas Commission (CONANP) said in a statement that the first butterflies of the season were “crossing the sky” at Chincua and El Rosario sanctuaries in Michoacán, and at the Cerro Pelón and Piedra Herrada sanctuaries in México, on November 6.
CONANP said that with favorable weather, most butterflies should reach the sanctuaries during the next two weeks but wouldn’t settle in until the end of November.
Read more from Texas Butterfly Ranch.