White Nose Syndrome is a ‘looming disaster’ for bats in Texas 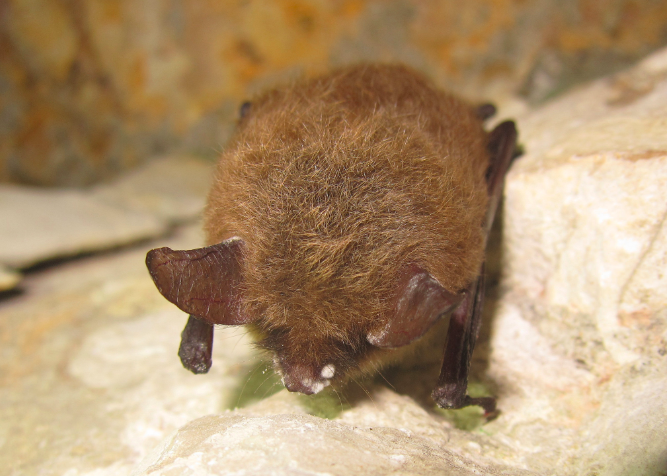 In the eastern United States, millions of bats have died over the past few years from a disease called white nose syndrome. Biologists across the country are racing to find a cure, or at least slow it down. So far there’s no evidence of white nose syndrome infecting bats in Texas, but the fungus that causes it is here. The question now is how much it’s spread.
Cypress Creek is a clear stream that runs through Wimberley in central Texas. It’s a gathering point for all kinds of wildlife – fish and turtles, birds and dragonflies. But Brittany Stamps isn’t here for them. On this bright, crisp spring morning, she and I are under a bridge that spans the creek, looking for a creature that has no interest in the sunshine.
“Right here – you see this guy up in this crack between the insulation?” Stamps says.
Stamps shines her headlamp onto a bat: a cave myotis, to be precise. It’s curled up into a fluffy ball, clinging to the underside of the bridge along with thousands of other bats. This time of day, most people only see one if it swoops down from its roost. But you can hear them, smell them and occasionally feel them – or at least, feel what they’ve left behind.
Read more from Michael Marks with The Texas Standard here.