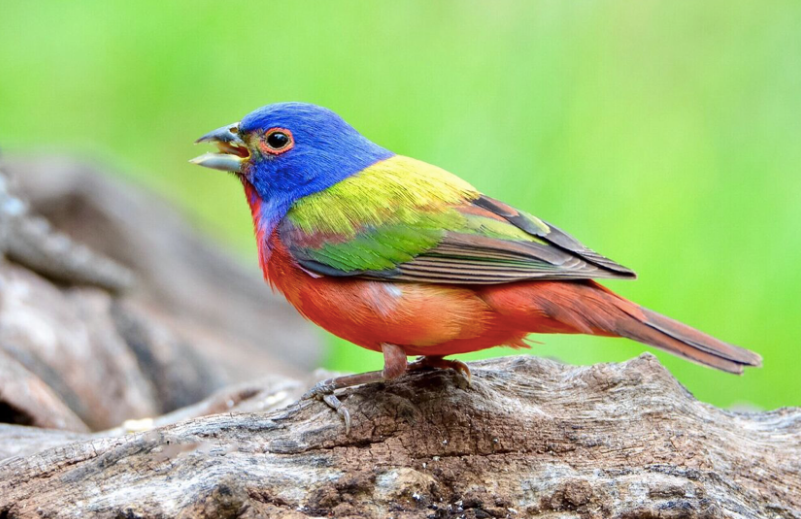 Restoring native plant habitat is vital to preserving biodiversity. By creating a native plant garden, each patch of habitat becomes part of a collective effort to nurture and sustain the living landscape for birds and other animals.

Over the past century, urbanization has taken intact, ecologically productive land and fragmented and transformed it with lawns and exotic ornamental plants. The continental U.S. lost a staggering 150 million acres of habitat and farmland to urban sprawl, and that trend isn’t slowing. The modern obsession with highly manicured “perfect” lawns alone has created a green, monoculture carpet across the country that covers over 40 million acres. The human-dominated landscape no longer supports functioning ecosystems, and the remaining isolated natural areas are not large enough to support wildlife.
Native plants are those that occur naturally in a region in which they evolved. They are the ecological basis upon which life depends, including birds and people. Without them and the insects that co-evolved with them, local birds cannot survive. For example, research by the entomologist Doug Tallamy has shown that native oak trees support over 500 species of caterpillars whereas ginkgos, a commonly planted landscape tree from Asia, host only 5 species of caterpillars. When it takes over 6,000 caterpillars to raise one brood of chickadees, that is a significant difference.
Unfortunately, most of the landscaping plants available in nurseries are alien species from other countries. These exotic plants not only sever the food web, but many have become invasive pests, outcompeting native species and degrading habitat in remaining natural areas.
Read more from National Audubon Society here.