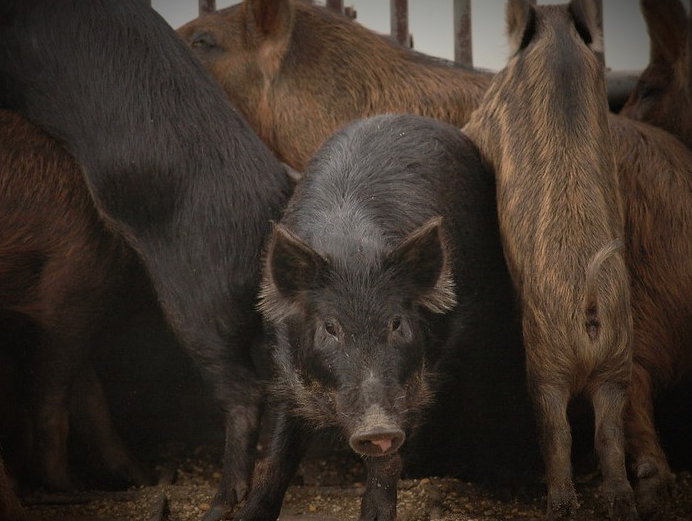 Whether you call them wild pigs or feral hogs, they are no longer just a rural problem, according to a Texas A&M AgriLife Extension Service expert.
Wild pigs cause more than $52 million in agricultural damage in Texas annually, said John Tomecek, Ph.D., AgriLife Extension wildlife specialist, Thrall. But it’s their encroachment into increasingly urbanized areas that is becoming a burgeoning problem for landowners and municipalities.
Texas’ wild pig population was 2.6 million according to a 2012 study. Now experts estimate their numbers have reached at least 3 million. Damage from the pest has been reported in nearly all 254 Texas counties.
Tomecek said wild pigs entering more populated areas is a growing topic of conversation. As human and wild pig populations continue to increase in Texas, he said interactions in urban-suburban areas will likely continue.
“It’s a subject that’s come up several times in the past six months,” he said. “Everyone knows about the rural problems and how they affect ag producers, but I’m getting more and more questions about pigs in the city.”
Tomecek said wild pigs’ growing confidence to enter more populated areas raises public health and safety concerns. Encounters with humans and pets and contamination of riparian areas or disease exposure are becoming more likely as wild pig numbers continue to grow and sounders range into urban-suburban areas.
“Wild pigs are becoming more brazen and ranging into populated areas,” he said. “They realize we are not going to do anything about them.”
Read more from Adam Russell with AgriLife Today here.