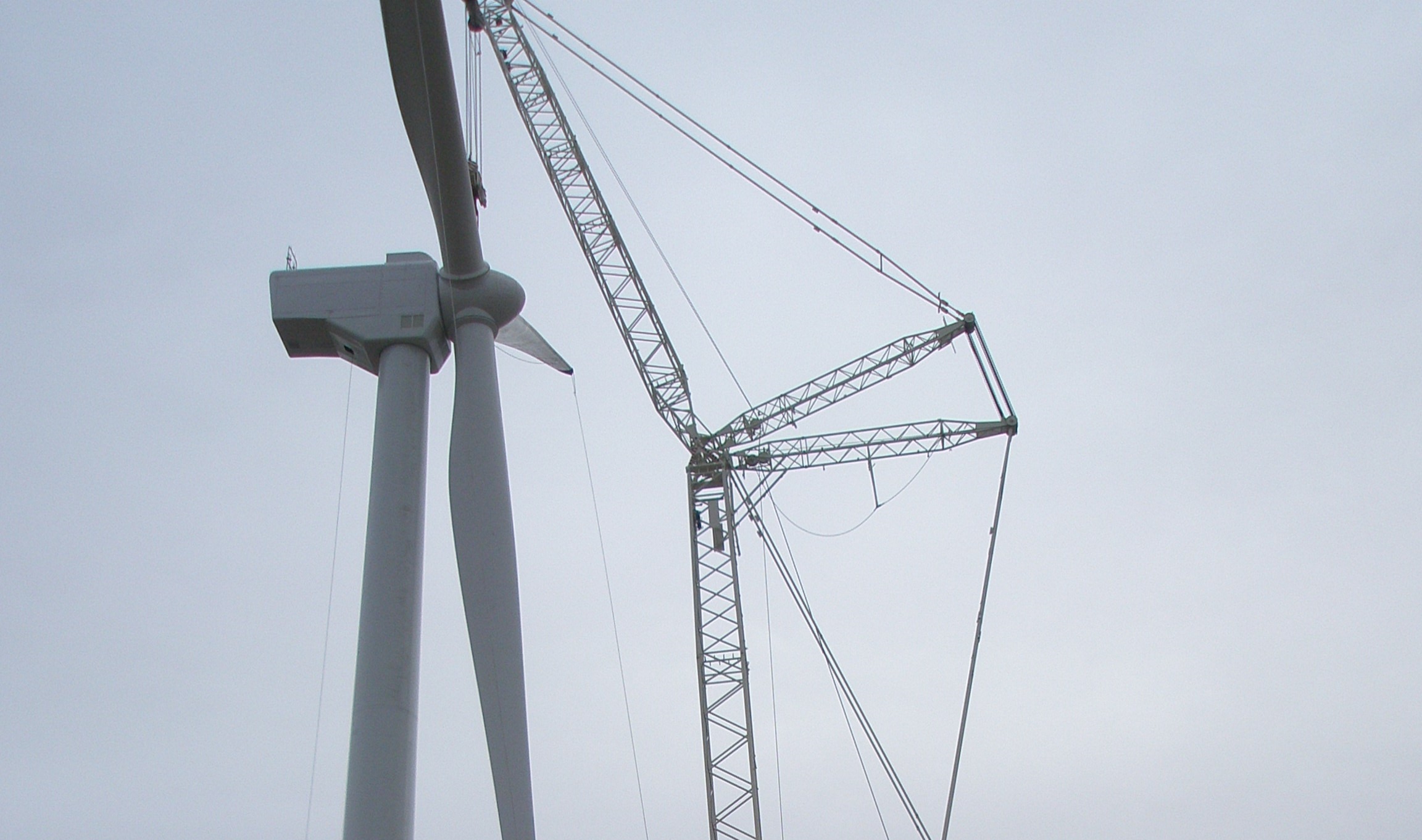 The towers for wind turbines are typically 260–320 feet tall. Blades, made of composites of wood, fiberglass, resin and carbon, can be up to 260 feet long and weigh 6–10 tons each. Top speeds can reach 200 mph

Wind turbine farms are not strangers to the residents of Texas.  According to the State Energy Conservation Office, “wind resource areas in the Texas Panhandle, along the Gulf Coast south of Galveston, and in the mountain passes and ridge tops of the Trans-Pecos offer Texas some of the greatest wind power potential in the United States.”  It’s evident, however, that the potential for such wind generation is also being assessed for this part of the Hill Country.  The Junction Eagle has learned that at least one landowner in Kimble County has been approached recently about leasing his property for this purpose.
The residents of Gillespie and Mason counties have also discovered that there is an interest in establishing wind farms in their counties, too.  Reportedly, absentee landowners with property in the northwest part of Mason County and eastern part of Menard County have already leased their property to a wind farm development company.  The siting of windmill farms in the Hill Country raises many issues for consideration, including the building of additional transmission lines for delivery of the electricity.
A non-profit, citizens organization in Mason has been dealing with these issues – the Texas Hill Country Heritage Association (THCHA).  Its website contains considerable information on this topic:  http://thcha.org/turbines.htm. (This newspaper learned just prior to publication that THCHA was just informed that a company has decided not to proceed with a proposed wind farm project in Mason County.  The reason given for the decision was that the envisioned project lacked economic feasibility.)
In Gillespie County, a group of landowners, business people, and others have formed an organization called Save Our Scenic Hill Country.  It was formed as a response to wind energy development in the county. Its website also provides relevant information:  http://www.soshillcountry.org/about.html.
(Editor’s Note:  Our “Land of Living Waters” has seen developments in recent years that are changing the nature and heritage of our community, including its attractiveness to residents and visitors alike – the LCRA power lines and a truck stop located near the North Llano River come to mind.  Let’s not forget that visitors, recreational activities, and scenic country views are an important part of our local economy.  Will our community’s residents follow the path of the citizens in Gillespie and Mason counties in focusing on the potential siting of wind farms or will we just wake up one day and see them spinning across Kimble County?  Have any of you driven through Mills County: Goldthwaite?)